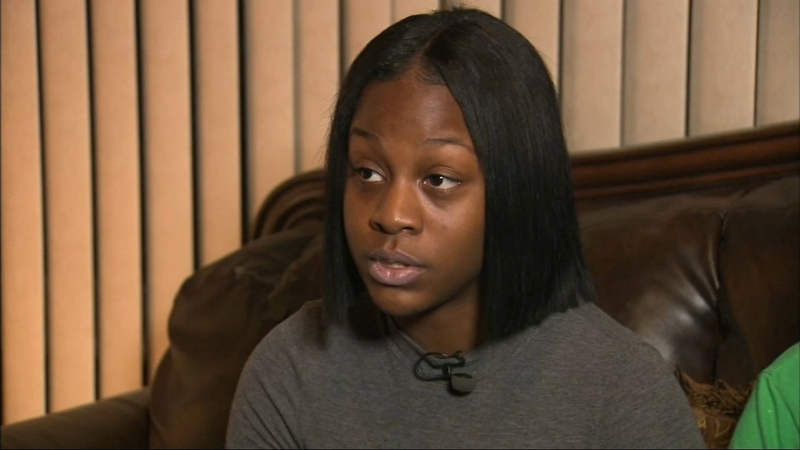 CHICAGO -- An 18-year-old woman said her Uber driver attempted to abduct her at the end of an Uber Pool ride. She spoke exclusively with our sister station ABC7 Eyewitness News in Chicago about the terrifying ordeal.

"My door was locked, so I couldn't get out of the car, so I looked over at him or whatever and he was already staring at me," said Jasmin Wimbley.

RELATED: Oakland woman says she escaped Lyft driver who was taking her in opposite direction

Wimbley had her mother at her side when she spoke to ABC7 about the rideshare experience that left her shaken.

"I'm just glad that she was thinking fast, and she was acting fast. And she got out of the situation," said Theresa Peoples, mother.

Jasmin said Thursday morning she ordered an Uber Pool. The driver arrived with two other passengers, forcing Jasmin to sit in the front.

The first passenger was dropped off near 69th and Ashland. Jasmin said she was supposed to get out next near 47th and King, but instead, she said, the driver skipped her destination and drove to 29th and Calumet to drop off the remaining rider.

Along the way, Jasmin said the driver turned off her ride.

"According to Uber, I'm not in your car anymore," she explained.

When the other passenger exited, Jasmin said she tried to leave but her door was locked. She had to manually unlock it.

"As I'm getting out the car, he, like, grabs my jacket part. But I yanked away real quick, so it slipped out his hand," she said.

Jasmin said she ran to a bus stop. The Uber driver at first backed up to try to get her, but he eventually left.

"You're thinking that they're safe because they're in a car," Peoples said. "My kids will never be in another Uber. Never."