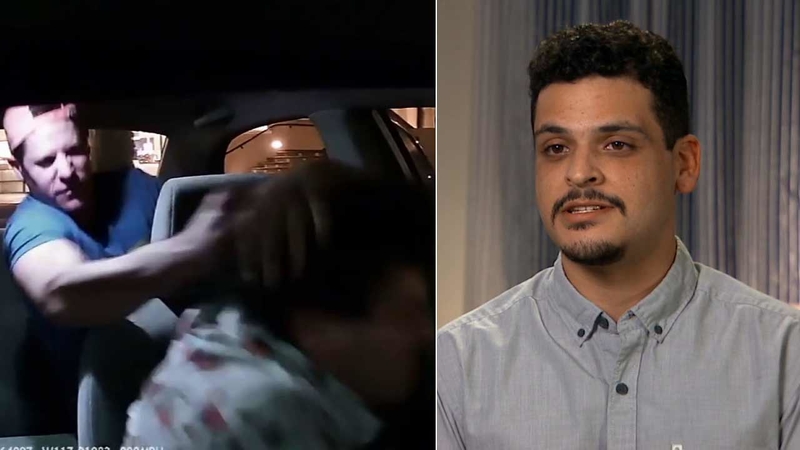 COSTA MESA, Calif. -- An Uber driver from Orange County said he now sleeps with a shotgun by his bed after being viciously attacked by an intoxicated Taco Bell executive.

On Tuesday, Benjamin Golden, 32, of Newport Beach was charged with four misdemeanor counts including assault and battery.

"I'm paranoid. I keep waking up in the middle of the night. I think I hear something. I keep the shotgun next to the bed now, and I'm honestly afraid that he's going to come after me," Caban said.

Golden attacked Caban after he pulled over in a parking lot and asked him to get out of his vehicle on the evening of Oct. 30.

Video obtained by ABC7 Eyewitness News shows what appears to be an intoxicated Golden falling over and struggling to give directions in the back seat of Caban's car.

As a result of the attack, Golden was fired from his job as a Taco Bell corporate employee.

Caban, who had been driving for Uber full-time since July, is now looking for a new job because he doesn't feel safe driving for the ride-hailing service.

Caban's lawyer said the lawsuit is about promoting driver safety and making sure a message is sent to all riders and passengers that this kind of behavior will not be tolerated on any level.