The 24-year-old victim was driving a passenger north on Highway 87 just south of Capitol Expressway at about 8:45 a.m. when he became involved in the road rage incident with a woman, according to the CHP.

The woman, who was driving a white-colored sedan, eventually left the area without contacting the Uber driver, according to the CHP.

CHP officials said a man then appeared in the area "in a matter of minutes" and pulled up next to the victim's vehicle, asking that he pull over to the side of the highway.

The victim pulled over and the man stopped directly behind his vehicle. When the man and the victim emerged from their vehicles and met in the middle, the CHP said the man pulled out a knife and stabbed the victim in the stomach.

The CHP said the victim fell to the ground where the man kicked him, returned to his vehicle and fled the scene north on Highway 87.

The suspect is described as a white man in his 30s with tan skin, short hair and full sleeve tattoos. He was driving an older model sedan that was gold-brown, according to the CHP.

The CHP said there were likely several witnesses who obtained video footage of the stabbing and asked that they email the videos to 30mediachp.ca.gov. Anyone with information can also call the CHP tipline at (707) 917-4491.
Report a correction or typo
Related topics:
san josechpuberstabbingroad rage
Copyright 2021 by Bay City News, Inc. Republication, re-transmission or reuse without the express written consent of Bay City News, Inc. Is prohibited.
ROAD RAGE 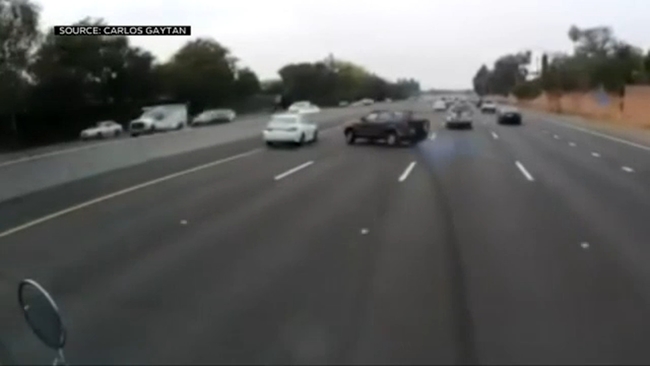