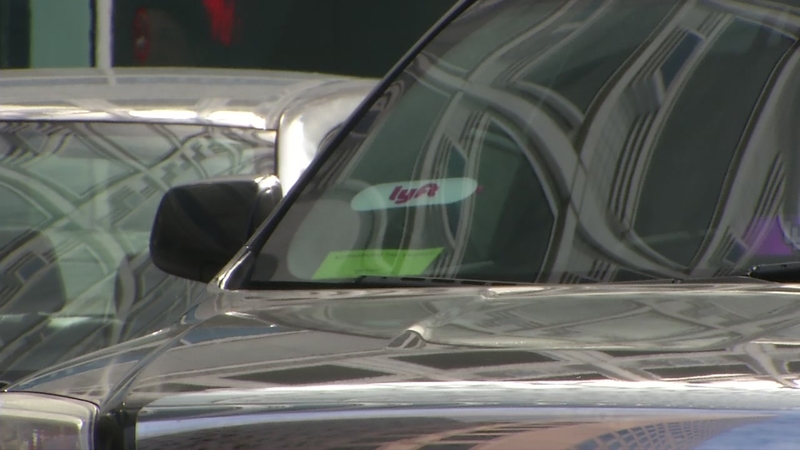 SACRAMENTO, Calif. -- Uber and Lyft said Wednesday they are willing to pay California drivers a guaranteed base wage and provide flexible benefits if lawmakers allow the companies to continue treating workers as independent contractors, rather than as employees entitled to a range of benefits.

The companies are looking for a way to keep their gig-economy model alive amid scrutiny from California lawmakers.

ABC7 News dedicated a whole week to looking into the realities of the rideshare industry in an effort to help Build a Better Bay Area.

Drivers told ABC7 News that while they appreciated the ability to control when and where they worked, they felt it was becoming harder to make a living as Uber & Lyft reduced the money that drivers received from fares.

One driver, who wanted to remain anonymous for fear of retribution form the rideshare companies, told ABC 7 News that he had to work at least 12 hours a day just to make ends meet.

"You actually have to put in 12, 13, 14 hours out of a day to make real good money like we used to make," said 'Rey'.
"I will run probably late into the night. Some drivers run a whole 12 straight hours, then lay down or rest for six hours then get up and run another whole 12. I can't do that."

Instead, 'Rey' says he sleeps in his car in the SFO cell phone parking lot so that he can be ready to go first thing in the morning.

"It gets real busy early in the morning. I got early people catching flights, getting ready to go to work. Once you figure out how it works, you can make some money. But you gotta be ready to get out there on the hustle," said 'Rey'.

The California-based tech firms are in the crosshairs of legislation at the state Capitol that would strictly limit how businesses can label workers as contractors. While some other industries have negotiated exceptions under the proposed law, it remains unclear if leading Democratic lawmakers will be open to a deal with the companies amid mounting scrutiny of labor practices in the burgeoning gig economy.

In an unusual joint op-ed published in the San Francisco Chronicle on Wednesday, the leaders of the rival firms said that to change the way workers are classified as independent contractors would upend their businesses.

Instead, the companies suggested changes to the way it treats drivers in California if it can continue to classify workers as independent contractors. That would include giving them a base wage and providing certain benefits.

The unspecified base pay would be calculated from the time a driver accepts a ride request until the passenger is dropped off. The companies suggested letting workers pick from a range of benefits, too, such as education reimbursement.

The op-ed also suggested creating a new drivers' organization that would advocate for workers and administer benefits.

The details behind all these ideas have yet to be finalized but would only apply to drivers in California, at least at first.

The legislative clash shaping up this year over the rights of independent contractors follows a state Supreme Court decision last year that cast a question mark over the way businesses classify many employees.

Backers of the proposed legislation argue that it is key to protect access to fundamental benefits, such as workers compensation and unemployment insurance.

Assemblywoman Lorena Gonzalez, a Democrat from San Diego and the author of the bill, pointed to these rights as central to what she described as the social compact of work.

"'Century Old' labor laws brought us the minimum wage, overtime, workers compensation, the right to organize, social security and Medicare, unemployment insurance and more," she wrote on Twitter on Wednesday. "We're not willing to let big tech upend the social compact of work in the name of 'innovation.' "

Proponents of Gonzalez's legislation, Assembly Bill 5, argue it would at least provide certainty to businesses in the wake of that case, which may have an impact on industries from trucking to newspapers.