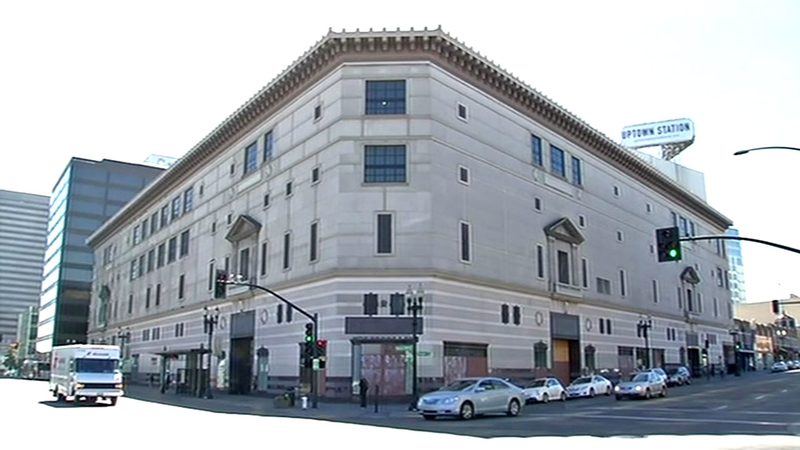 OAKLAND, Calif. (KGO) -- After a massive growth in San Francisco, Uber is now making a big time expansion into Oakland. Up to 3,000 employees are expected to move into six floors of the newly renovated Sears building. Real estate experts say the deal puts downtown Oakland on the map.

It certainly looks like a big win for the city and the Uptown neighborhood, bringing in thousands of new jobs. But some worry that the upside will come with much higher rents.

The mayor called it a great day for her city. The announcement that Uber is expanding its Bay Area headquarters to Oakland's Sears building.

"It's home actually to many of current our employees," said Renee Atwood with Uber. "But today we are doubling down on our growth here and deepening our roots across the bay."

The ridesharing company has purchased the old Sears building from Lane Partners, which will stay on as the developer of a project that includes 50,000 square feet of retail on the bottom with office space above.

Uber expects to bring in 2,000 to 3,000 employees. Housing them without pricing out current residents is part of the equation for Oakland city leaders.

"We knew something was going to happen, we weren't sure at what level," he said. "So to hear someone of Uber's size is definitely reassuring."

Uber expects to begin renovation next year, with project completion set for 2017.