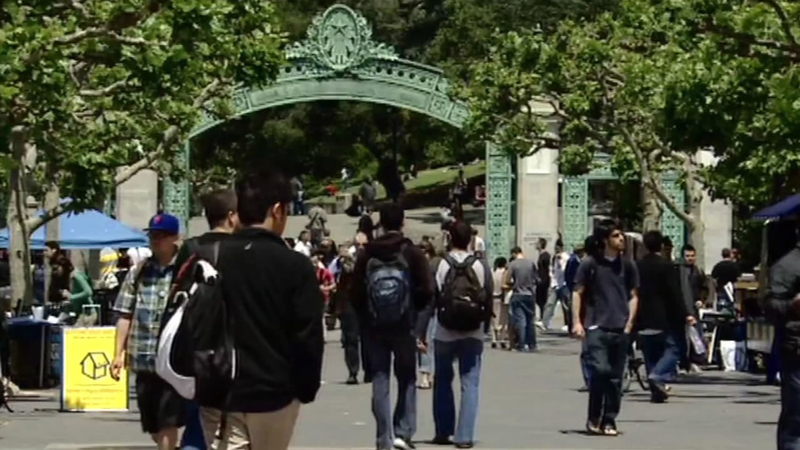 BERKELEY, Calif. (KGO) -- The University of California Berkeley fired its assistant basketball coach over a separate case of sexual harassment. That put a cloud over today's NCAA tournament in which Cal was favored, but suffered an upset.

It's been a great season for the basketball team and students were eager to show their love for the bears while they still had a chance against Hawaii. But two key players were out due to injury, and a popular assistant coach was fired just before the start of the tournament.

In the back of their minds, students were thinking about another blot on the UC system's good name. Assistant coach Yann Hufnagel was terminated for allegedly sexually harassing a reporter.

"It's terrible. It's been happening all around campus. It's not something you want to see or be associated with the university," said UC Berkeley student Erin Wall.

"It's definitely not a good look for Cal. Not something to be proud of," said UC Berkeley student Monisha Lensik-Vasan

Hufnagel denies any wrongdoing and is exploring legal action to get his job back. But, he's not alone.

Just last week, the dean of the UC Berkeley Law School resigned amid allegations that he had sexually assaulted his executive assistant for months in 2014 and 2015.

"Time and time and time again been found to have done very little, or nothing, to address adequately the rampant incidences of sexual violence and sexual harassment on its campus," said former UC Berkeley student Sofie Karasek.

Public policy professor Michael O'Hare writes a blog about goings on at the university and says it's got to stop.

"It's crazy stuff and it's humiliating for the school cause that's not what we are really like," O'Hare said,

ABC7 News reached out to Cal officials for an interview, but they declined. Still, President Janet Napolitano is waiting for a commission she appointed to come up with recommendations for reducing sexual harassment on campus by early April.

And now the Provost at UC Berkeley is facing calls to resign over his handling of a sexual harassment case.

Sujit Choudhry resigned as law school dean last week after his former assistant sued him for harassment. But he didn't quit all together. Choudhry admitted to sexual misconduct in exchange for a faculty appointment.

When provost Claude Steele learned about the case he ordered a 10-percent pay cut for Choudry, counseling and an apology to the assistant.