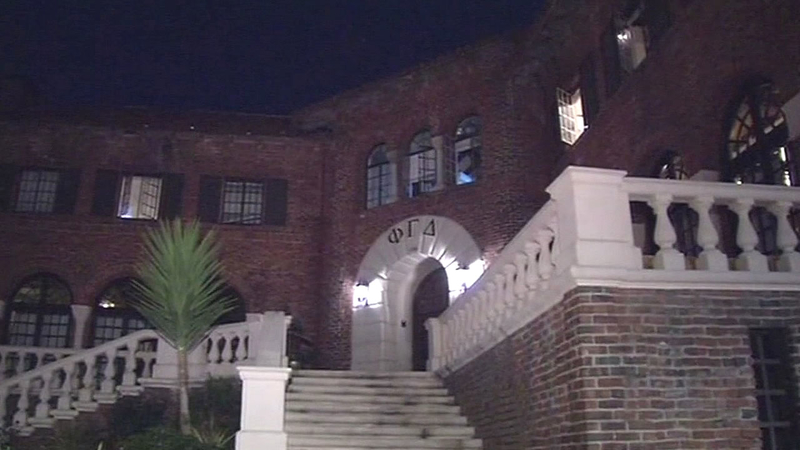 BERKELEY, Calif. (KGO) -- UC Berkeley sent out a crime alert on Thursday warning that four female students may have been drugged at two fraternity houses over the weekend. The only problem is that no victims have actually come forward to report a crime.

"There's a lot of other baggage that comes along with that and so it's hard to come forward when something like that happens to you, I can imagine," said UC Berkeley student Ruth McGee.

Without any victims, Berkeley police say there's no official crime. Off-camera a leading member of Phi Gamma Delta denies the allegations and says they were not questioned by police before the crime alert went out.

The University says the Clery Act requires it to provide information about these types of allegations, even if they haven't been substantiated.

"Well, you know, it can permanently damage the reputation of a house when they can't even prove that this thing even happened," said Isaac Ruiz, a UC Berkeley student.

"We are going to err on the side of safety and put this information out there," said UC Berkeley Sgt. Rick Florendo.

At least one fraternity says it plans to complain about the report.