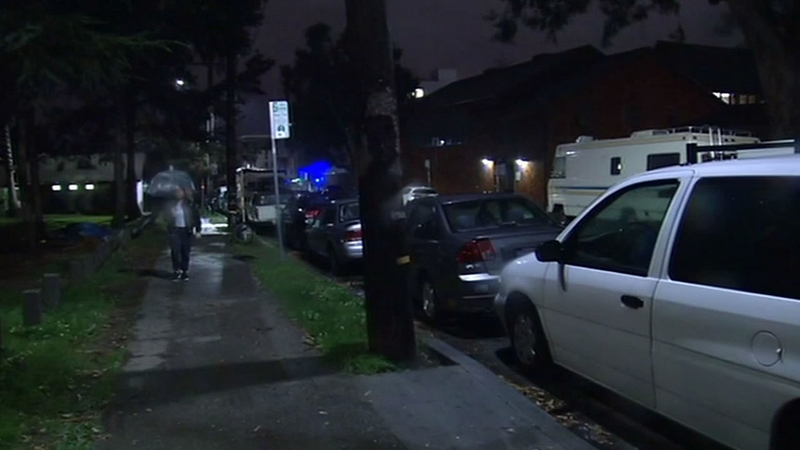 BERKELEY, Calif. (KGO) -- Cal students are on alert following two sexual assaults that happened near the campus, just days apart. The first assault happened just after 11:30 Thursday night on Haste and Telegraph Avenue, not far away from People's Park.

Then Tuesday night, there was another assault just blocks away on Benvenue Avenue and Dwight Way.

In both cases the victims did not know their attacker and he ambushed them while they were walking home alone in the dark. So far there's no firm evidence to connect these two cases, but investigators are looking closely at the similarities.

"I saw a cop car right here out in front of my place," UC Berkeley student Cassandra Ekdawi said.

Ekdawi came across the crime scene Tuesday night in front of her apartment on Benvenue Ave.

Ekdawi said, "Because of the low lighting at night... I'm not that surprised,"

This is the second sexual assault in this Berkeley neighborhood in one week. Last Thursday, a female UC Berkeley student was attacked on Haste Street, not far away.

Berkeley Police Officer Jennifer Coates told ABC7 News, "Right now, our special victims detectives are right this minute, following up and trying to investigate to try to determine if they are connected."

Both victims describe the attacker as a 5'9" man in his 20's with dark hair. And both sexual assaults happened very close to People's Park.

A homeless man we spoke to said he is surprised. He told us, "The UC police pull into that lot often and write their reports and take a break, so their presence is heavy. So it just seems surprising that it would take place."

News of the attacks is sending a chill through the off-campus neighborhood.

UC Berkeley Student Stephanie Wu said, "I definitely look around once in a while, behind me of course and I don't use headphones. I try to put my phone away."