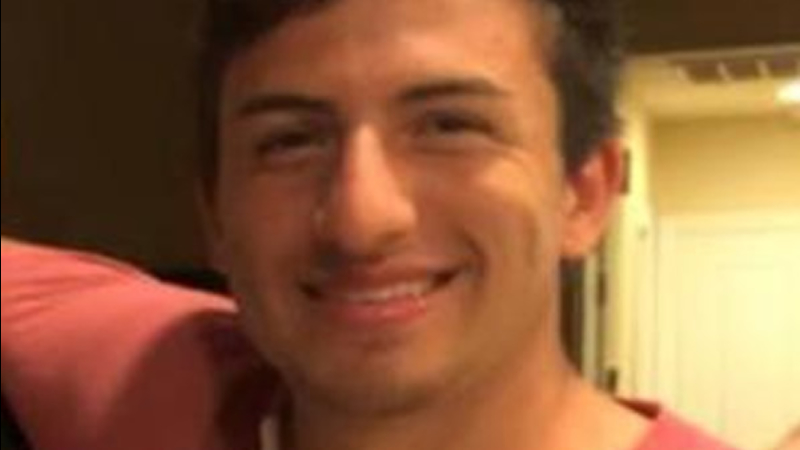 BERKELEY, Calif. (KGO) -- The Los Angeles Police Department and the family of a missing Berkeley college student are asking for the public's help in finding him after he stepped out of a party early Saturday morning and never returned.

His family is now in Los Angeles helping authorities try to find him. They are now offering a $50,000 reward to help find him.

Eloi Vasquez, 19, is a freshman midfielder on the Cal Berkeley soccer team and this past weekend, he drove down to Los Angeles with some teammates who have friends at USC.

Around 1:00 a.m., his cousin told ABC7 News Vasquez tried to talk his friends into running to the beach. They told him no because the beach was 15 miles away.

But Vasquez decided to leave the party on his own, and a short time later he called a friend named Aurora Cardenas, who lives in Berkeley.

Vasquez told her he was lost, alone and worried and needed her help. She repeatedly told him to reach out to his friends who were at the party with him.

Around 2:15 a.m., he called her again repeating the same story and mentioned something about a beach.

That's the last time anyone has heard from Vasquez.

His parents drove down to Los Angeles and are pleading for any help that leads to his safe return. "It's very out of the ordinary. He's a top athlete, a soccer player at Cal. He's very responsible, that's why we drove all night to come here because we wanted to contact the police," his mother Wendy Margolin said.

"Hopefully he comes back safe and sound and that nothing has happened to him. I mean he has a bright future ahead of him. He goes to UC Berkeley, he's a soccer player for UC Berkeley and I just really hope he comes home," Cardenas said.

UC Berkeley's Athletic Department released a statement saying, "Eloi is a wonderful young man who has excelled both academically and athletically here at Cal. Our entire Cal athletics family is very concerned for Eloi's safety and our first priority is to help in any way we can to locate him.

Monday is the last day of spring break, so a lot of students are making their way back to campus and of course everyone is holding out hope Vasquez will be back in time for classes tomorrow.