3 UCLA basketball players, accused of shoplifting, check out of hotel in China 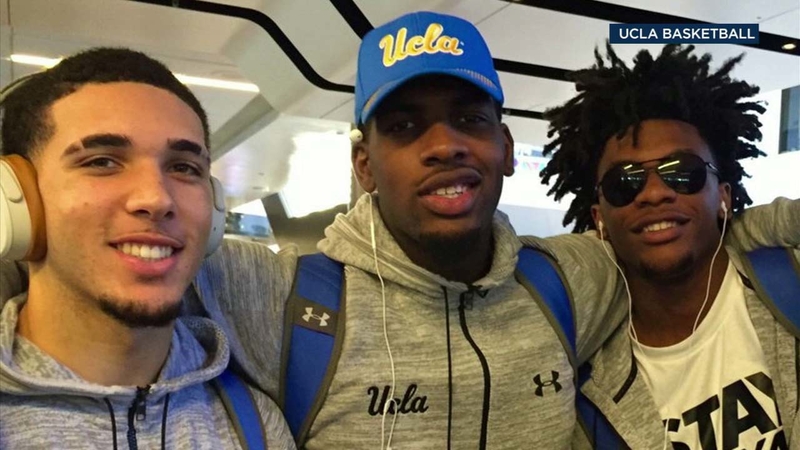 3 UCLA basketball players check out of hotel in China

LOS ANGELES -- Three UCLA basketball players accused of shoplifting in China have checked out of their hotel, where they were under house arrest.

A hotel employee told ABC News that LiAngelo Ball, Cody Riley and Jalen Hill checked out of the Hyatt in Shanghai "very recently."

It's unclear whether the players are still in China, or if they have boarded a plane to return back to the United States, as some media reports have suggested.

RELATED: UCLA men's basketball team back in LA, but 3 players remain in China over shoplifting case

This comes just hours after President Donald Trump appealed to Chinese President Xi Jinping for some help regarding the situation.

Trump told reporters aboard Air Force One that he had a long conversation with Xi.

"When I heard about it two days ago, I had a great conversation with President Xi. What they did was unfortunate. You know, you're talking about very long prison sentences. They do not play games," Trump said.

The White House said Xi assured Trump that he would "ensure the three players are treated fairly" and that the case moves toward a resolution.

The three freshman players were arrested last Tuesday on suspicion of stealing sunglasses from a Louis Vuitton boutique.

They were released on bail Wednesday morning but were placed on house arrest in their hotel rooms.

Sources told ESPN that the three freshmen could remain in China for another week or two.