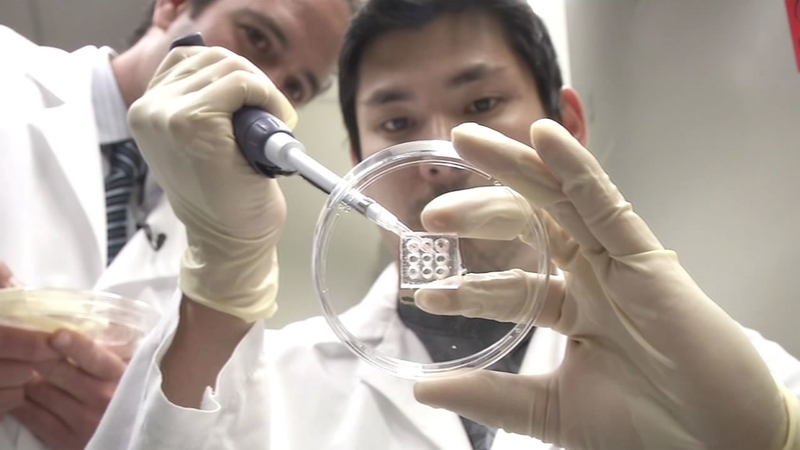 SAN FRANCISCO (KGO) -- The University of California San Francisco hospital was given a $20 million grant to find a cure for AIDS and they have five years to do it.

The $20 million was given by the amfAR, The Foundation for AIDS Research, which has raised a total of $100 million to fight AIDS. For the first time, officials are using the words "eradication" and "cure" with a lot more confidence.

No other group of scientists and researchers in the world have studied and worked with AIDS patients like those gathered in at UCSF Monday.

From Meryvn Silverman, who was San Francisco's director of health when the first cases were reported, to Paul Volberding, who treated those patients early on. Volbering will now head the new Institute for HIV Cure Research at UCSF.

A number of research groups will work together to first chart the virus.

"We're going to bring in a group of investigators together and just map out in people where the virus lives," said doctor Steven Deeks of UCSF Center for AIDS Research.

What does fashion designer Kenneth Cole have to do with finding a cure for #HIV? @UCSF @abc7newsBayArea pic.twitter.com/uDqOCNkxqN

That would require extensive examination of tissue matter, which is very complex. The virus is present but dormant in some patients. If they can locate and activate the virus, patients would be given new treatments to kill off the virus or at least keep it from replicating.

"Cure was a four letter word that we didn't mention and now we are excited," Silverman said.

Matt Sharp was diagnosed in 1988. "Long shot. But I've always remained hopeful I mean hey, I'm still here," Sharp said. It will be harder for him to be cured of the disease because of the virus mutating and years of trying to rebuild his immune system. There is great optimism for the younger generation of HIV patients.

"Your typical person who is 20 who gets HIV. In the modern era, they come in to the clinic very quickly and we put them on good, safe medication and yes, absolutely, it's going to be easier to cure that generation," Deeks added.

It's hope for the 36 million people around the world infected with AIDS.