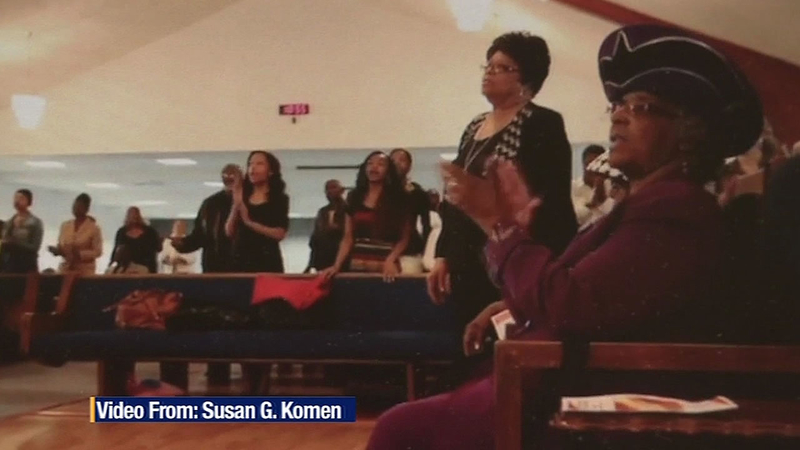 UCSF researcher reaches out to black community about breast cancer

One beneficiary is UCSF researcher Rena Pasick, DrPH, who's fighting breast cancer by tapping the spirit of the Bay Area's African American communities.

"We work together, I love the people I get to work with. There is a disproportionate burden of breast cancer borne by African-American women. While they get less breast cancer than white women, they're actually much more likely to die from breast cancer once diagnosed," Pasick said.

With a grant from the Susan G. Komen Foundation, Pasick is studying ways to attack that disparity. She says genetic factors can leave some African-American women vulnerable to an aggressive form of the disease known as: hereditary breast cancer. One of her goals is to help identify families who are particularly at risk so they can receive genetic screening.

"There are preventative treatments that can be given, so that these women, their children, their grandchildren can avoid getting breast cancer," Pasick said.

Pasick is working to spread that message, through a program called the UCSF Abundant Life Ministries. The group educates pastors and other volunteers in predominantly African-American churches to spread the word about breast cancer risks in their community and the need to receive the appropriate screening.

"To hear this message from this has much more credibility than virtually any other source," Pasick said.

The grant money is raised almost entirely by the annual Susan G. Komen Race for the Cure events staged across the country. Three quarters of that money stays in the communities that host the events, creating a local war chest, that can be spent in the fight against cancer.

Again, the race is this Sunday on San Francisco's Embarcadero. If you would like to get involved click here.