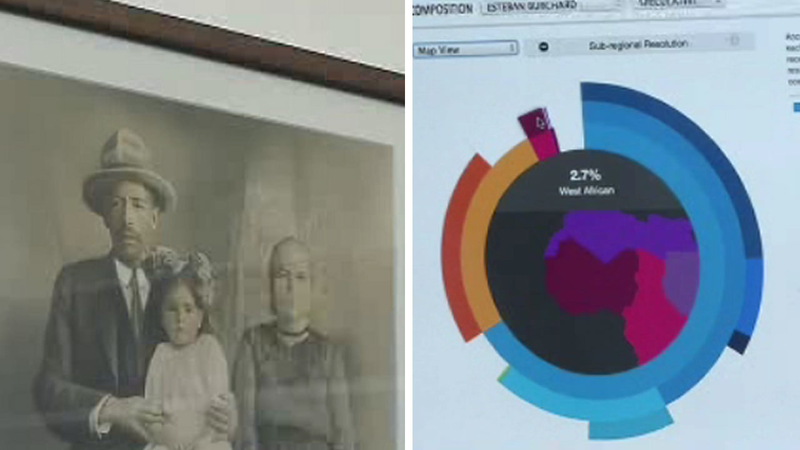 SAN FRANCISCO (KGO) -- A newly released study by researchers at UCSF and Stanford University could change the way we view race, at least as it applies to how doctors diagnose and treat many of their patients.

Dr. Esteban Burchard not only researches genomics at UCSF, he's seen it at work in his own family tree. A mixture of mainly French and Mexican ancestry, Burchard decided to have his own genome sequenced, surprises and all.

The test revealed a wide genetic variation, including African genes from slave populations in North and South America, Along with Asian genes imbedded in Mexican-Indian populations, believed to have migrated across the Bering Strait many centuries ago. But rather than just history, he says those fragments can have a profound impact on our health.

Recently teams from UCSF and Stanford launched a major study in Mexico sequencing the genomes of hundreds of people from different areas. They used high speed robotic systems that can process dozens of samples simultaneously. What they found was surprising. Genetically speaking, some groups in Mexico are as different from each other as Europeans are from Asians.

So how much difference could one of those genes make?

"If you're of Asian ethnicity or ancestry in a particular gene, and you're taking a particular drug that we use to treat children with seizure disorders you need to get genetically tested, because if you have the genetic variant, you might die," Burchard warns.

He also points to cases like talk show host Montel Williams, who developed multiple sclerosis, a disease associated primarily with European genes. His case was followed up by a study at UCSF of African Americans with multiple sclerosis.

"And what they did is they demonstrated that on Chromasome-1, if you inherited a European copy of this particular gene, that you had a high risk of multiple sclerosis," he says.

Burchard is hoping data from the latest study in Mexico will prompt a movement away from classifying patients by race, and instead using a patient's genetic make-up to personalize diagnosis and treatment.

"We know that using this crude estimate of racial category leads to misdiagnosis of disease," he says. "So what we're interested in is de-convoluting what does it mean to be of one racial or ethnic group and we're using genetics to help us do that."