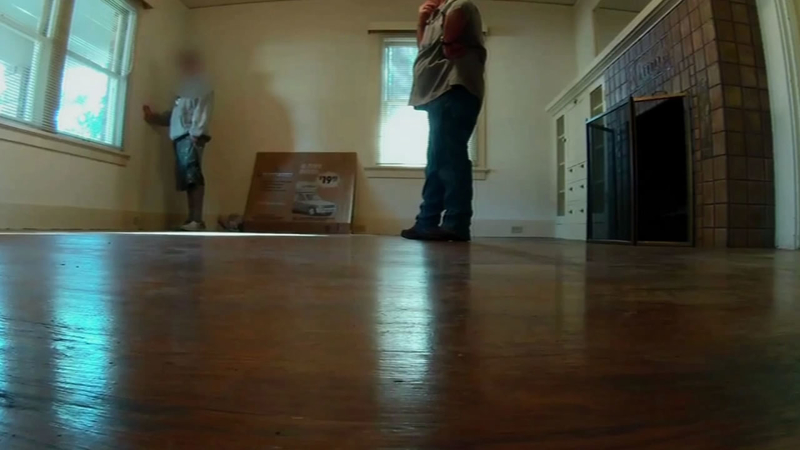 NAPA, Calif. (KGO) -- The Contractors State License Board went undercover to catch unlicensed contractors in South Napa. Investigators tell ABC7 News the area is particularly vulnerable because it's only been seven weeks since the 6.0 earthquake and many are still struggling to make repairs to damaged property.

"A homeowner has no recourse with an unlicensed guy, you're just stuck," said Jeff Miller with the Contractors State License Board.

Hidden cameras expose what investigators with the Contractors State License board say they were able to see in plain sight during a South Napa sting operation - fake contractors targeting unsuspecting homeowners with bids for quake repairs.

Some quotes running into the thousands for work on masonry or drywall. That's well above the state limit of $500 on work done by an unlicensed contractor.

"In an earthquake/disaster situation, there are really some unscrupulous unlicensed guys who will literally come here, you write a check and there's no guarantee he's coming back," said Miller.

Miller is one of the agents working this undercover sting operation. He says within hours of the South Napa quake the CSLB started warning unlicensed contractors they could face felony charges if they illegally tried to take advantage of earthquake vicitms. That didn't stop these predators.

One after the other, unlicensed contractors came looking for prey.

"Everybody we called, we called from an illegal advertisement," said Miller.

This week, in cooperation with other law enforcement agencies, including the Napa County DA's office, they targeted fake contractors looking to profit off of earthquake related repairs.

"We caught a total of eight people, contracting for those things and those people are going to be facing felony charges of contracting without a license in a disaster area, " said Rick Lopes of the Contractors State License Board.

Across town, licensed contractor Phil Joy has been working to repair a Napa home since the quake. The process is a long one, so much so, the red tag has faded to pink. Officials with the CSLB say he's an example of things being done the right way - by registering with the state, insuring his workers against injury and prominently displaying his license number on all advertisements.

As for those busted in the sting, they're expected to show up in Superior Court where they can tell their story to a judge.