KGO
By Janine De la Vega
UNION CITY, Calif. (KGO) -- Union City Police are trying to prevent a sideshow scheduled for tonight from happening. They're working with nearby businesses to help make the area safe.

Rafael Lee works in a shopping center on Industrial Parkway in Union City. Last weekend, he and his co workers were startled by a loud noise.

"Next thing I heard is wahahahahaha and then we all run out here and we saw a black Challenger Dodge Challenger doing a doughnut," said Lee.

Dark black skid marks were left behind the lot. Lee said the driver's friend even took pictures using a drone. Sideshows are a frequent occurrence in Oakland, but police in Union City says the activity is trickling down to them. Last weekend in the parking lot of Food Maxx at Industrial Parkway, they found more than 1,000 people and cars here for a sideshow. Several arrests were made.

"It's the danger factor that kind of worries me and people getting hurt," said Eli Pitta, a Union City resident who was shopping at the Home Depot in the same lot.

Maria Martinez from Hayward was surprised to hear side shows were coming further south to Union City. The Hayward resident is glad police are stepping up enforcement.

"The noise and being woken up it's not good," said Martinez.

Police heard a street racer style car meet is supposed to happen in this lot tonight. Officers are working with property owners to make sure the event doesn't happen. They've hired extra security and will be closing off non-essential parts of the parking lot to prevent large groups of vehicles from gathering.

"We're going to be out there doing some enforcement making sure that the motorists are safe and that everybody abides by the rules of the road," said Sergeant Steve Mendez with the Union City Police Department.

Officers will also be moving around the city in various areas where the car enthusiasts are known to hang out. They say it's a relatively new for Union City to have side show so their goal is to stop it as soon as possible. 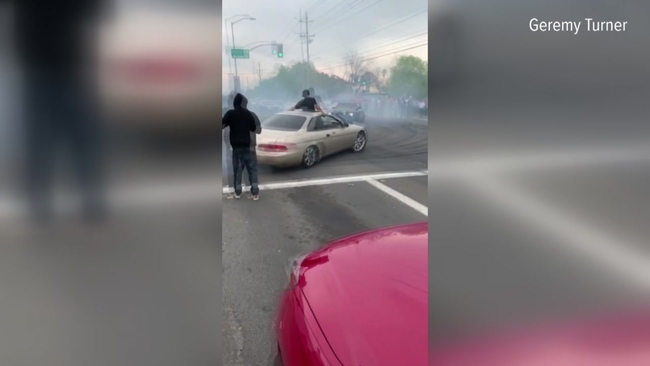