United Arab Emirates to launch spacecraft to moon in 2024 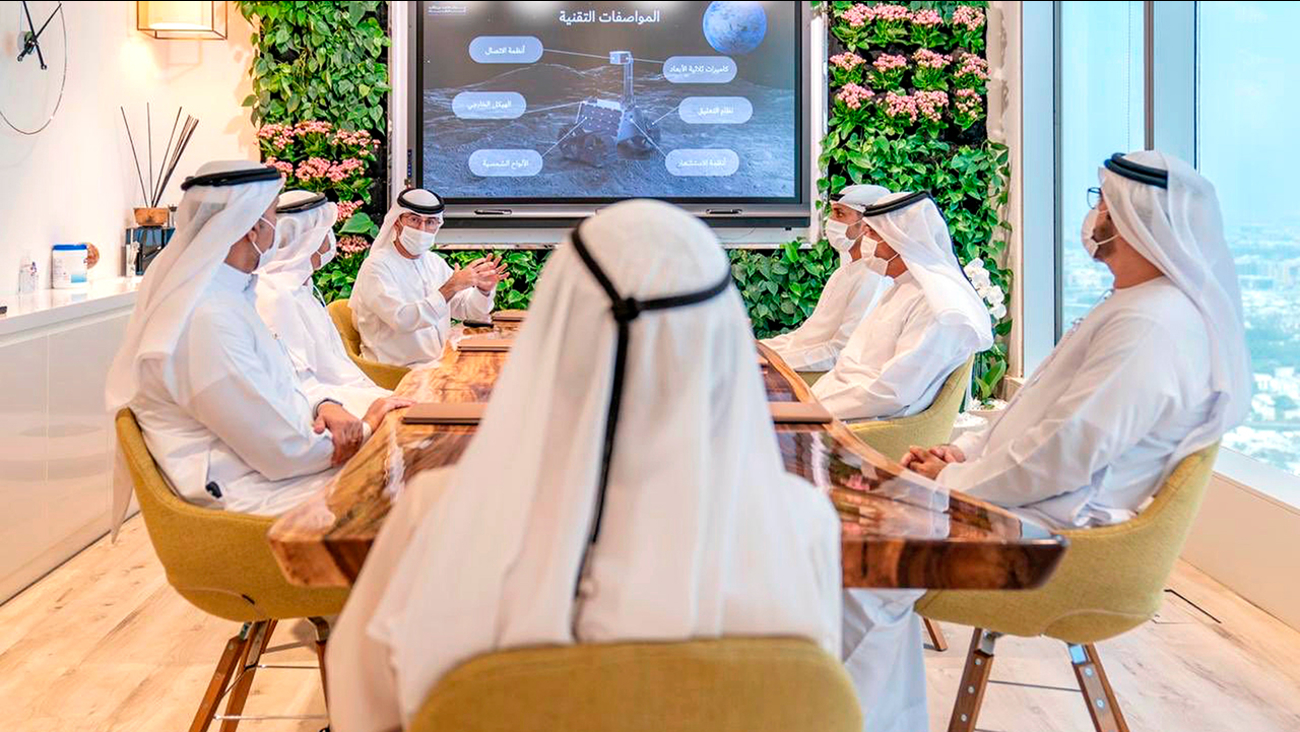 DUBAI, United Arab Emirates -- The United Arab Emirates plans to send an unmanned spacecraft to the moon in 2024, a top Emirati official said Tuesday, the latest gamble in the stars by the oil-rich nation that could see it become only the fourth nation on Earth to accomplish that goal.

The announcement by Dubai's ruler Sheikh Mohammed bin Rashid Al Maktoum, who also serves as the vice president and prime minister of the hereditarily ruled UAE, shows the rapid expansion of the space program that bears his name. Already, an Emirati space probe is hurtling through space on its way to Mars while last year it sent its first astronaut to the International Space Station.

"It will be an Emirati-made lunar rover that will land on the surface of the moon in 2024 in areas that have not been explored previously by human missions," Sheikh Mohammed wrote on Twitter.

He did not elaborate on the location that the UAE planned to explore, nor how they would launch the rover into space. The launch of its Amal, or "Hope," probe to Mars took place at Japan's Tanegashima Space Center in July. Mitsubishi Heavy Industries, which launched that probe, said nothing had been decided about the launch of the moon rover and declined to comment when reached by The Associated Press.

The Emirati rover will study the lunar surface, mobility on the moon's surface and how different surfaces interact with lunar particles, the government later said. The 10-kilogram (22-pound) rover will carry two high-resolution cameras, a microscopic camera, a thermal imagery camera, a probe and other devices, it said.

Sheikh Mohammed said the rover would be named "Rashid," the same name of his late father, Sheikh Rashid bin Saeed Al Maktoum. Sheikh Rashid was one of the original founding rulers of the United Arab Emirates, a federation of seven sheikhdoms on the Arabian Peninsula.

Sheikh Mohammed made the announcement on Twitter after a closed-door meeting with officials. State media photographs of the meeting showed him and others wearing masks due to the coronavirus pandemic.

If successful in 2024, the UAE could become the fourth nation on Earth to land a spacecraft on the moon, after the U.S., the Soviet Union and China. India tried and failed to land a spacecraft last year.Israel as well saw its own small spacecraft crash into the lunar surface last year before touchdown, failing in an ambitious attempt to make history as the first privately funded lunar landing.

In July, the UAE's Amal probe was launched from Japan. It remains on its way to Mars and is set to reach the red planet in February 2021, the year the UAE celebrates 50 years since the country's formation. In September that year, Amal will start transmitting Martian atmospheric data, which will be made available to the international scientific community, officials say.