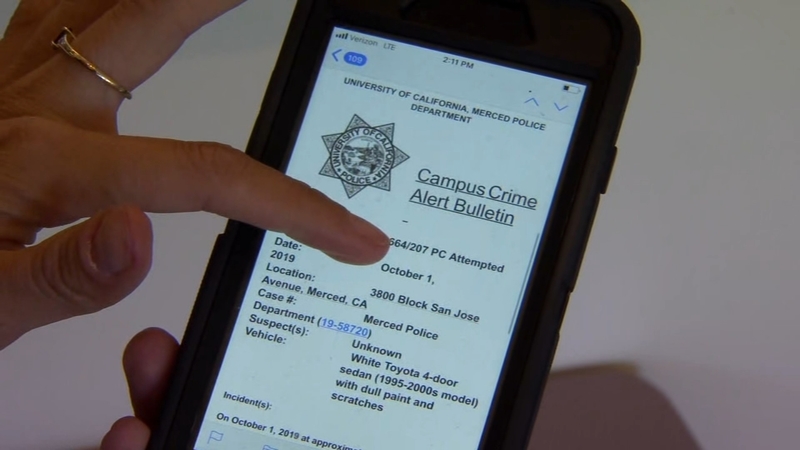 MERCED, Calif. -- Authorities are investigating the attempted kidnapping of a UC Merced student on Tuesday.

Police say around 1 p.m. a female student was walking near San Jose and Yosemite when she was approached by three men wearing black ski masks.

According to investigators, one of the suspects placed a material over the student's face while another picked her up by her feet. They began to walk her back to a car with the back door open. However, the victim was able to fight back and escape.

Police say the masked men drove away southbound on San Jose Avenue in a white 1995-2000 model Toyota sedan with dull paint and scratches.

Detectives say it's early on in the investigation but they're confident they'll solve this case.

"Obviously it's alarming. Merced is a safe place and we want the citizens to feel safe in their community, so we're using all of the resources available to us to figure out exactly what happened," said Merced Police Sgt. Ray Alvarez.

Police aren't releasing the victims' identity as this is very early on in the investigation.

UC Merced says they can't comment. However, students received a crime bulletin with the incident information, including the suspect vehicle description, of a white Toyota sedan.