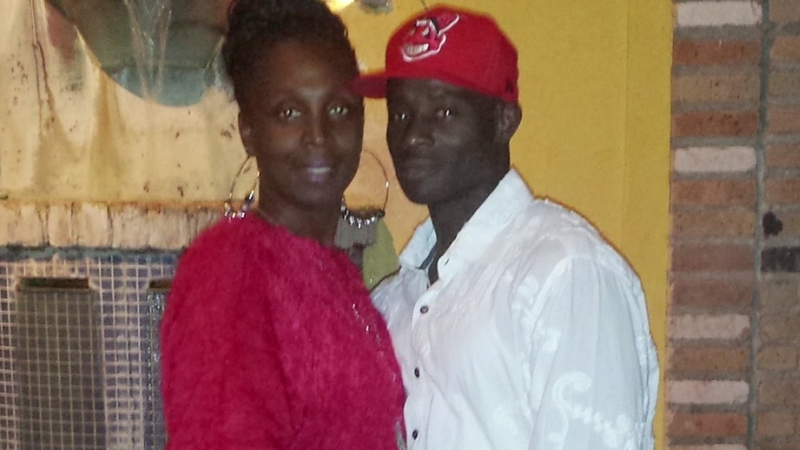 GILMER, Texas -- Relatives of Anwar Holmes describe him as a loving family man and a hard-working truck driver. His wife, Tunisha Holmes, said he is "fun to be around, loving, caring, there for anyone. No one was a stranger to him."

Thanksgiving is the beginning of a decades-long sentence in a TDCJ prison. Last week, Holmes' family says he was sentenced to 80 years on a drug possession conviction in Upshur County.

"I just feel he didn't have a fair trial from day one, because you had 11 white jurors and one black juror," Tunisha Holmes added.

The family is asking the conviction be overturned and say the time doesn't fit the crime. Relatives say in July of 2017, Holmes was visiting family in Upshur County when he was involved in a road rage incident with a Caucasian woman.

They say he threw a beer bottle. No one was hurt, but he was pulled over for the incident.

The family says he was charged with possession of 16 grams of cocaine and neither he nor the woman faced charges for the road rage allegations.

Rea Bean, the defendant's aunt, said, "What upsets me the most is the time doesn't fit the crime. If he was out there killing someone or doing something that would justify an 80-year life term sentence, we wouldn't be here today. This is totally unfair, but we want it to be overturned and we believe it will be overturned."

During the punishment phase of the trial, prosecutors told jurors that Holmes had previous convictions of possession of a controlled substance and served a 3-year sentence after a conviction of assault on a public servant.

Holmes' wife Tunisha says she wants her husband to know, "I'm telling him, we are fighting for you. There are a lot of people who are outraged, you have your family behind you. We are not sitting silent."