KGO
PLEASANTON, Calif. (KGO) -- The Alameda County Sheriff Gregory Ahern is warning the public about the Bay Area facing the prospect of a major disaster - either natural or man-made. "It's not if, it's when," said Ahern.

Ahern points to the magnitude eight earthquake that has devastated parts of Mexico, and the three hurricanes currently lined up in the Atlantic preparing to wreak havoc.

This weekend, the sheriff's office will host its annual Urban Shield event at the Alameda County Fairgrounds.

Many people think of it as a chance for SWAT teams from all over the country, and several foreign nations, to practice their tactical skills. But, Sheriff Ahern says a substantial portion each year is devoted to disaster preparedness.

Butte County Sheriff Kory Honea is a featured speaker at this year's Urban Shield. He knows firsthand the impact a huge disaster can have.

Earlier this year, a damaged spillway at the Oroville Dam forced the evacuation of 188,000 people.

"Literally hundreds of first responders from all over Northern California came to our aid. And what helped is that we all had similar training because is a disaster your carefully thought out plan is the first thing that goes out the window," said Honea.

Vendors from all over the world are at this year's Urban Shield, not just selling guns and body armor, but also advanced communications devices designed to work when cell phones and radios go down. Also on display, the latest in realistic looking mannequins that first responders can practice patching up from gruesome looking injuries. 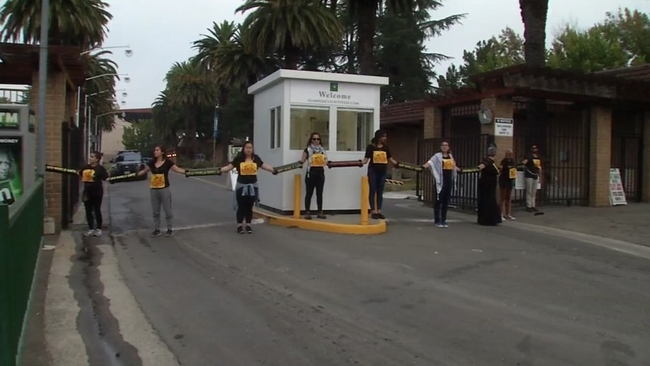