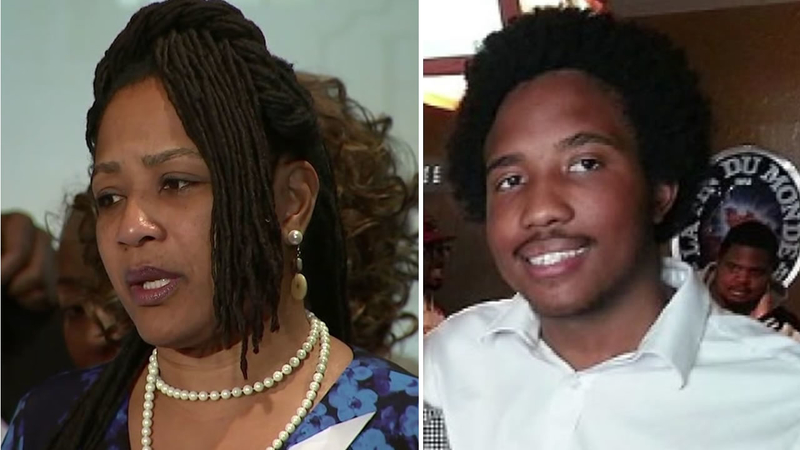 OAKLAND, Calif. (KGO) -- For the first time, we're hearing from the Oakland city councilwoman whose son was shot and killed in Southern California over the weekend.

It was heart-wrenching. His mother spoke eloquently and passionately, fighting back tears every step of the way.

Oakland City Council Member Lynette Gibson-McElhaney spoke at USC, where her son was studying music. She said Victor was drumming ever since he was a little boy.

"There was so much love for Victor. And I didn't really mean to make a show of this press, but so many people wanted to talk to me and I couldn't possibly handle all of it. Not without him. So thank you all for coming and accommodating this one time where my knees don't buckle too much. Victor was my sunshine... and I pray like every mama, every day... please don't take my sunshine away," said Gibson-McElhaney.

Twenty-one-year-old Victor died Sunday morning during a failed robbery attempt near USC. He was approached by a group of men and shot about a mile from campus.

Los Angeles police are investigating this as an attempted robbery. No arrests have been made.

There's still few details about the suspects, only that they're male Hispanics in their 20s who were driving a dark colored sedan.