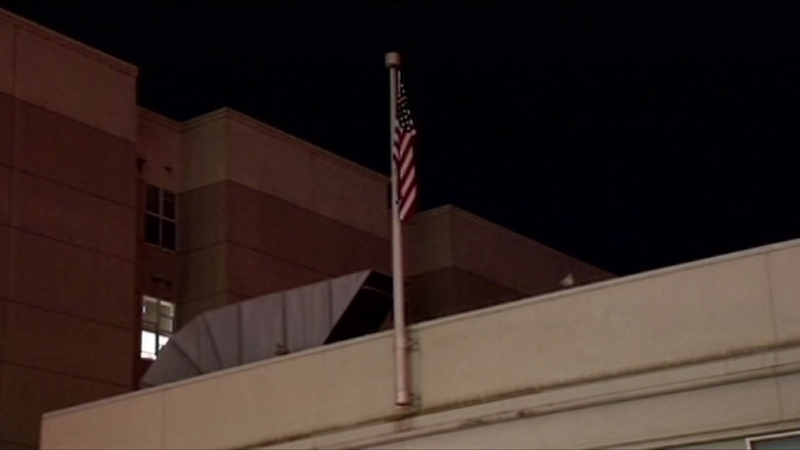 The flags at the U.S. Post Office at 101 Hyde Street in San Francisco are new. They were replaced last month after ABC7 News showed viewers the old flags that were tattered and faded; a clear violation of the U.S. Flag Code.

And on Friday we discovered this post office is once again violating that code.

"It's supposed to come down at sundown, that's my understanding of the flag laws as an ex-Marine," said a veteran.

He's right, but there are exceptions.

A 16-page Congressional report on the flag states that it may be displayed 24 hours a day if properly illuminated during the hours of darkness. 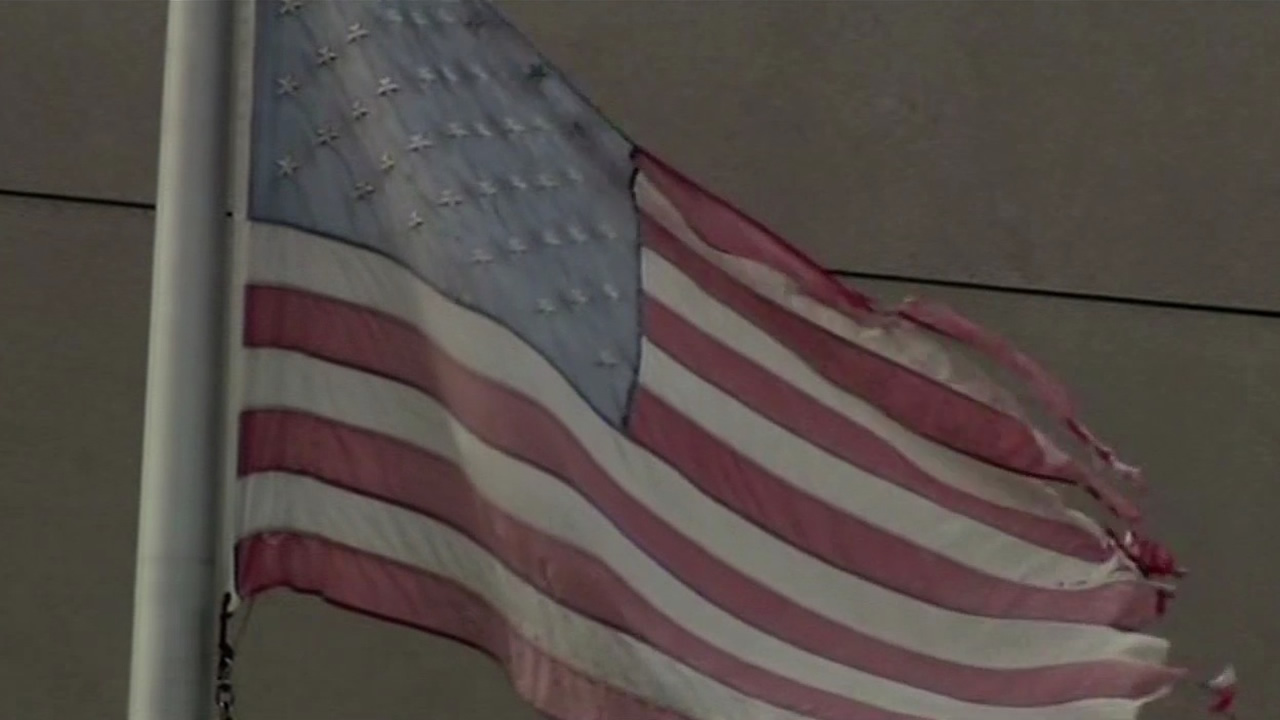 ABC7 News went by there on Thursday night and found both flags were clearly in the dark.

"It's disrespecting the flag," said San Francisco resident David Lovato. "People fought for the flag, many people died for the flag."

Another resident added, "It's disrespectful for our flag, for one. This is our country, we're supposed to be proud."

It wasn't until we looked closer that we realized there are lights on the roof pointed at the flags, but they're in need of repair.

"Get a light bulb okay and light the flag okay?" said a San Francisco resident.

ABC7 News went into the post office to ask about the lack of proper lighting and were told to contact the station manager.

The station manager assured ABC7 News he had no idea there were lights on the roof. Still, he promised to have a maintenance person address the problem. We'll be back to see if the stars on Old Glory are shining over the Tenderloin.