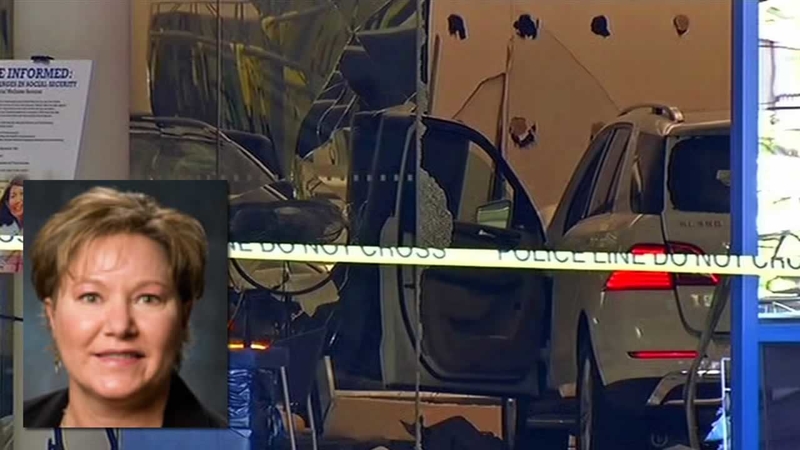 LIVERMORE, Calif. (KGO) -- A moment of confusion caused a terrible accident in Livermore on Tuesday morning. A car crashed into and through a gym, killing a woman as she was working out and injuring several others.

#LawrenceLivermoreLab on death of Kathy Baker:"This is a tragedy for her immediate family as well as her Lab family." pic.twitter.com/KTD2KyPChz

The woman has been identified as the CFO at Lawrence Livermore Lab, 49-year-old Kathy Baker.

It happened during an early-morning workout class at LifeStylesRX gym on Stanley Boulevard.

A white Mercedes suddenly roared through the gym, crashing through the wall where several people were working out.

"There was apparently an 80-year-old Livermore resident who was trying to park her car in the front of the gym. We believe that she had pedal confusion. That's where you hit the gas pedal instead of the brakes. She crashed through the glass doors of the gym, drove through the gym, crashing into a classroom," Livermore Police Dept. Officer Traci Rebiejo said.

Lawrence Livermore Lab confirms it was their CFO who died from her injuries. Lab Director Bill Goldstein said in a statement, "This is a tragedy for her immediate family as well as her lab family. Kathy was a special person and a valued member of our laboratory. It is hard to put into words just how much she will be missed."

Five other people inside the gym were also hurt, none of them seriously.

Baker was named CFO in 2012 after working at the lab for 11 years prior to her promotion.

"As people get to 80 or older, or even in their 70s but they've had a hard life, they oughta consider possibly giving up driving. I saw that only if they're impeded in some way," Livermore resident George Downey said.