KTRK
By Courtney Fischer
HOUSTON -- The girlfriend of John Hernandez, a man who died in a confrontation outside a Denny's restaurant, continued her testimony Friday in the trial against the man accused of his murder.

An emotional Maria Toral wiped her eyes as Terry Thompson's attorney questioned her for another two and a half hours Friday morning. There were also some tense exchanges.

Thompson's lawyer referred back to video first seen in court Thursday. It shows the moment when Thompson and Hernandez were on the ground fighting.

Toral broke down watching the video as the attorney questioned her about how Thompson was holding Hernandez. She demonstrated the chokehold, but said she couldn't remember the position of the men.

New video released in trial of of John Hernandez, Courtney Fischer has more.

But most of Toral's testimony was spent discussing a domestic violence incident between Toral and Hernandez that happened on February 19, 2017, nearly three months before the Denny's confrontation.

The defense presented a police report that stated Toral called 911, saying Hernandez had been violent. According to the paperwork, Toral told police Hernandez was drunk and he head-butted her. However, on Friday in court, she refused to say Hernandez had assaulted her.

"My family wasn't perfect," she said. "We did have our problems."

That 2017 paperwork signed by Toral stated Hernandez tried to choke her, that he was violently jealous, and he tried to control her daily activities.

Toral said that when Hernandez drank "he could be mean. He could be an a**."

The last witness to take the stand Friday was a sergeant with the Harris County Sheriff's Office Internal Affairs Department.

He went to Denny's that night to take a report and talk to the Thompsons because Terry Thompson's wife Chauna was a deputy at the time with the Harris County Sheriff's Office.

She has also been charged with murder in this case and no longer works for the agency.

In a snippet played in court from the sergeant's interview with the Thompsons, Terry Thompson told the investigator that night that it was Hernandez who threw the first punch. Thompson then said he and Hernandez threw punches back and forth, before he put Hernandez in a chokehold.

Friday marked the third day of testimony during the trial.

He said in court that Hernandez "would not quit looking in our direction. I felt something was going to happen."

Wise called 911. That call was played in court where he could be heard telling the dispatcher he was worried Hernandez would get in the car and drive drunk with the child in the back seat.

DEATH AT DENNY'S: The fight, fatality and fallout of a fateful night

Everything you need to know about deadly Denny's fight saga 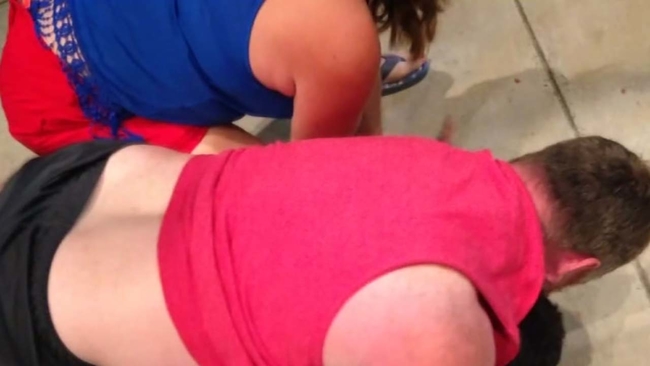 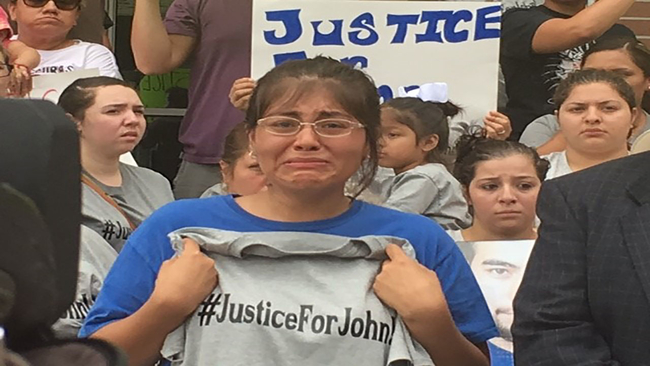