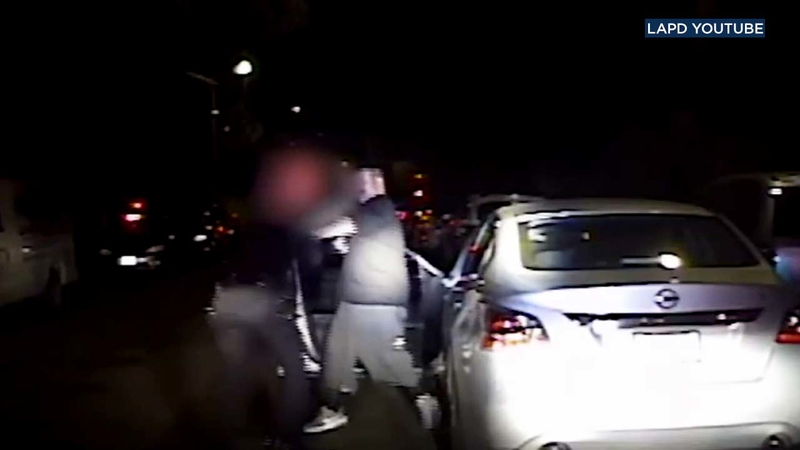 The incident occurred on July 27 around 10 p.m. near Plummer Street and Noble Avenue.

In the newly released video, the female officer is seen asking the driver to get out of the car, which has just been pulled over.

"You don't have anything on you, right?" the officer asks. The man exits the car and immediately opens fire upon the officer within extremely close range.

The officer was shot in the leg. Her partner rushed to her aid, and she was taken to Dignity Health in Northridge. She survived.

The suspect was shot and killed. Police identified him as 32-year-old Richard Mendoza. He had prior convictions and was affiliated with a gang. At the time of the shooting, he had nine months left on probation.

The LAPD says the officer is continuing to recover from the shooting. She is not expected to return to duty for at least several months, but she is described as being in good spirits.