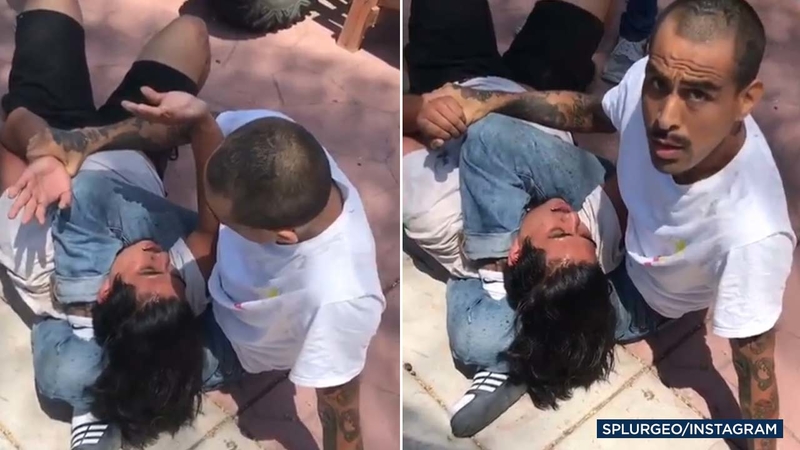 The San Diego home happened to belong to a professional MMA fighter.

The burglary attempt soon ended with the suspect in a choke hold, as ABC affiliate KGTV reports.

Depending on how he applies it, the person in the choke hold can lose blood circulation in their head and pass out.

In this case, the suspect didn't pass out, but he was held in place until police arrived.

Hernandez is an award-winning mixed martial arts fighter and says he could have approached the situation with a lot more intensity than he did.

"Deep down in my heart I guess I wanted to break the dude's arm, but I don't get a kick out of hurting people," he said.

Hernandez is a popular artist at Pop's Tattoos in the City Heights neighborhood of San Diego.

After making his citizen's arrest he went back to work making art.