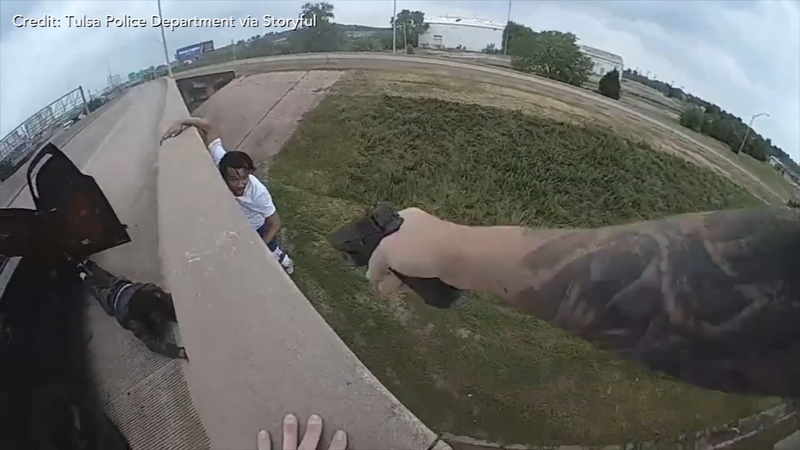 TULSA, Okla. -- Dramatic bodycam footage released by Tulsa Police shows the moments a fleeing suspect fell 30 feet to the ground after jumping over a retaining wall of an overpass on Interstate 244.

According to police, the man, Damaco Taylor, suffered a skull fracture and other injuries during the April 30th fall, which was shared on the Tulsa PD Facebook page, via Storyful.

Taylor was suspected of firing shots at another vehicle leading to the police chase. The victim in that incident says the suspect pulled up alongside his car and revved the engine as if he wanted to race. When the victim did not comply, the suspect pointed a gun at him, and the victim heard a pop that sounded like a gunshot.

Officers located Taylor's vehicle and gave chase before the suspect's car crashed into a concrete barrier. That's when police say Taylor got out of the vehicle, jumped over the barrier, lost his grip and fell hard below.