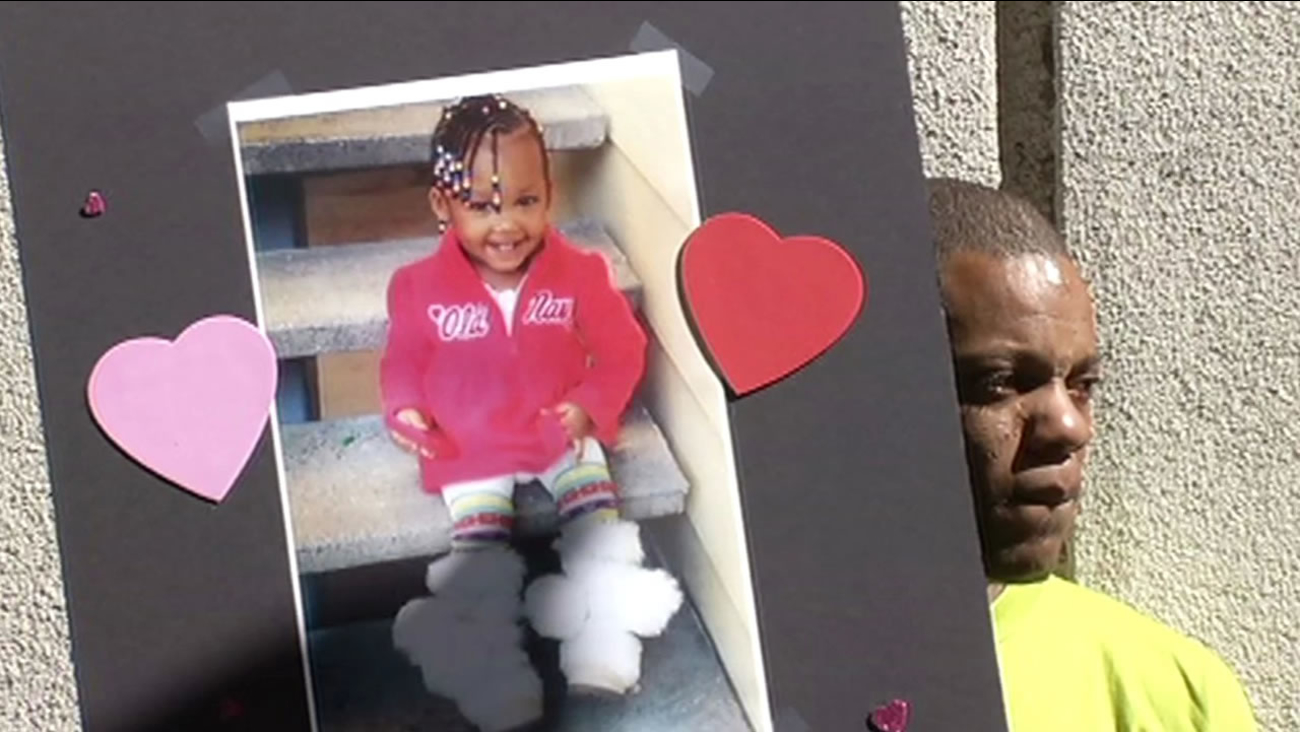 KGO
SAN FRANCISCO -- Police are still looking for the car that struck and killed a 2-year-old girl in San Francisco's South of Market neighborhood and then fled on Friday night.

The toddler, identified by the medical examiner's office as Mi'yana Gregory, of San Francisco, was struck as she crossed Mission Street in a crosswalk with a family member between Fourth and Fifth streets, police said.

The vehicle, which was traveling east when it hit the girl, is described as a white mid-1990s four-door sedan, possibly a Toyota Camry, Honda or Lexus, with a dark-colored mismatched front bumper and dark or black rims, police said.

On Sunday night, the family held a vigil at the accident site.

Anyone with information about the case is asked to call the Police Department's anonymous tip line at (415) 575-4444 or to send a tip by text message to TIP411 with "SFPD" in the message.