KGO
SAN FRANCISCO (KGO) -- It was early Sunday morning on Mothers Day in San Francisco's Bernal Heights area when three friends were coming back home from a party and an armed robber appeared out of nowhere.

The gunman took their valuables and sped away.

San Francisco police say the clarity of video and audio that captured an armed robbery in the city's Bernal Heights neighborhood is so good that they hope to identify and arrest the robber quickly.

Another security camera captured his car and license plate, which led police to the arrest of Bryan Sylvester last Monday, a little more than two weeks after the armed robbery.

He was also wearing an electronic monitoring device as a condition of his probation from San Joaquin County.

San Francisco Police Department Capt. Jack Hart of the Ingleside Police station told ABC7 News,"we are currently reviewing data obtained from the global positioning satellite information to determine where the suspect was, where his travels had brought him."

Police aren't saying much more, only that they're investigating the case. But sources told ABC7 News the GPS on the ankle monitor shows he was in Bernal Heights at about the time of the robbery.

San Francisco police say the clarity of video and audio that captured an armed robbery in the city's Bernal Heights neighborhood is so good that they hope to identify and arrest the robber quickly. Here's an exclusive look at the entire violent episode captured on the victim's home surveillance camera.

It also shows he may have been in at least two other locations in the city where other crimes were reported.

Nowadays more and more judges are ordering electronic monitoring for out of custody defendants.

They say it's a good surveillance tool, but the monitoring does not occur on real time.

San Francisco Sheriffs Department Sgt. Dwight Gunn is in charge of the department's electronic monitoring operations. "It will tell us where you're at. It won't tell us what you're doing. It is an effective monitoring tool that will deter crime. But it is not preventing crime in any way shape or form." 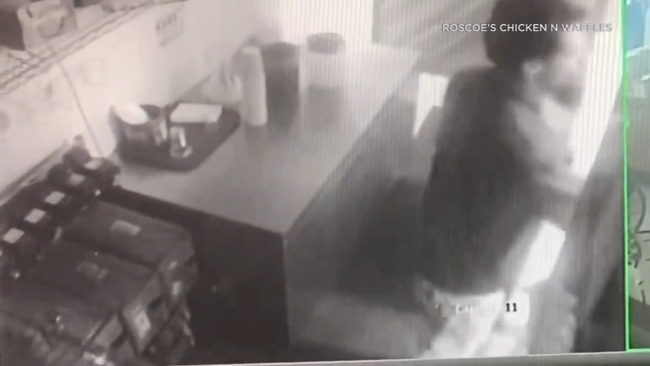