VTA reminds passengers to be vigilant on 9/11 anniversary 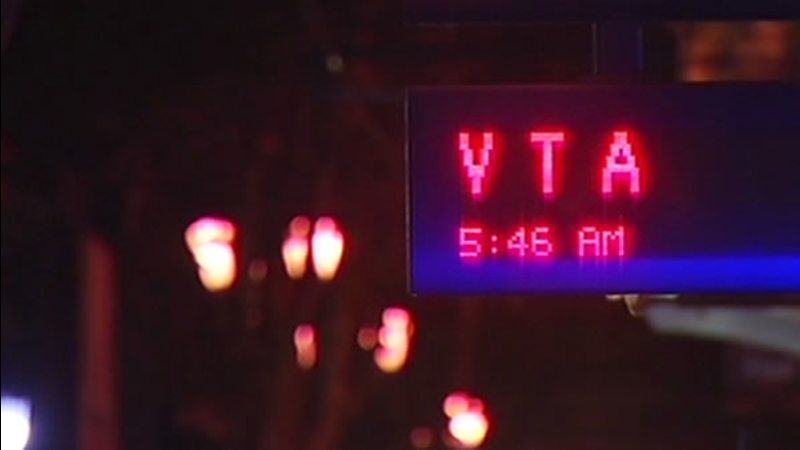 CAMPBELL, Calif. (KGO) -- On Thursday, The Valley Transportation Authority took a moment to remember the victims of the 9/11 terrorist attacks and used the anniversary as a reminder to be vigilant on public transportation.

In the quiet hours before the sunrise in Downtown San Jose, a VTA light rail train stopped at 5:46 a.m. for a little longer than usual.

It's the same time the first plane hit the North Tower of the World Trade Center in 2001.

The conductor prepared the train for a moment of silence.

"And to honor the selfless men and women of the armed forces, thank you. To preserve the safety and freedom, VTA will decrease operations for one minute," the conductor said.

Security is on the mind of the Santa Clara VTA. They were doing a fare sting at the North First station in Japan Town.

Workers were also hoping to spread a message from the Department of Homeland Security on the anniversary of 9/11.

The "See Something, Say Something" campaign is an effort to raise awareness of potential threats to transportation systems.

"It's not something they need to be worried about and concerned about every time they get on a bus or a train, but it's something that just as a general practice is part of your everyday life. It's good to be alert and to be aware of a suspicious package, just like at an airport. Just report anything that you see that's going on," VTA spokesperson Colleen Valles said.

It's easier to report suspicious activity on the VTA system thanks to a mobile app called VTAlerts that was released in April of last year.

Since then, about 600 reports of vandalism, suspicious activity, unattended bags, thefts, assaults and other possible crimes were made to law enforcement.

While a terrorist threat makes the headlines, daily crime is more of a concern to riders.

"This is way more of viable threat than a package or suspicious bag. Theft and violence on the light rail," passenger Jim Carrico said.