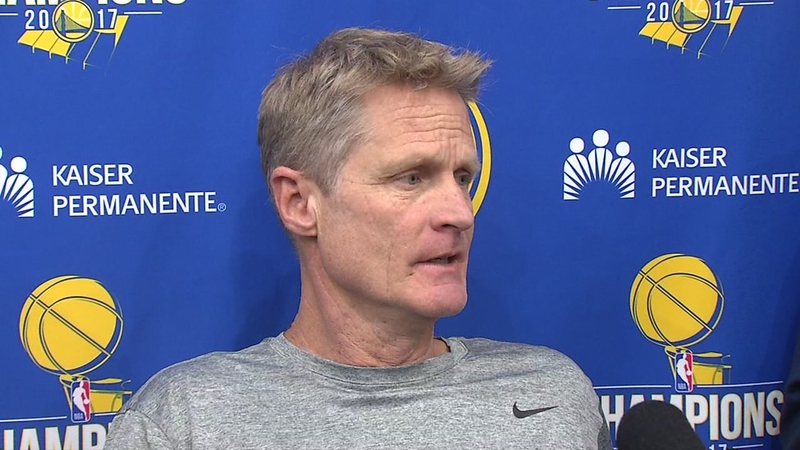 Warriors coach Steve Kerr looks ahead to Game 5 against Pelicans

OAKLAND, Calif. (KGO) -- The Warriors have a chance to eliminate the New Orleans Pelicans from the playoffs Tuesday night.

The Warriors routed the Pelicans yesterday in Game Four in New Orleans.

The nickname came about from the recruiting visit the first four paid to Durant when he was a free agent.

Kerr compared that lineup to one from his days with Michael Jordan and the Chicago Bulls.

"Michael, Scottie, Kukoc, Rodman and Ron Harper. That's a lot of long rangy guys who can all handle the ball and make a play," Kerr said.