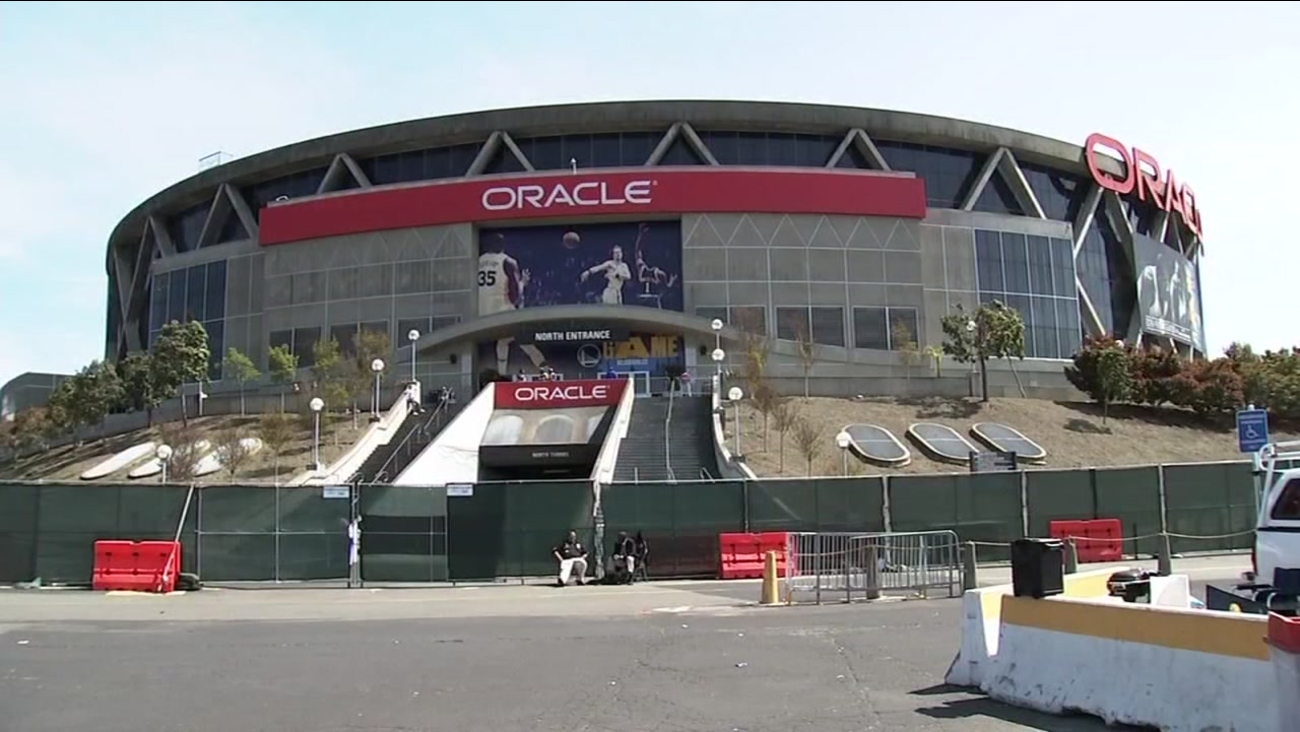 OAKLAND, Calif. (KGO) -- It's the end of an era. The Golden State Warriors played their final regular season home game at Oracle Arena in Oakland Sunday night. The team is moving across the Bay to a new arena in San Francisco.

With a big win against the Clippers, the Golden State Warriors began saying goodbye to Oracle Arena, where the team has won four NBA championships.

"For 47 years, Warriors fans have stuck with us through thick and thin," exclaimed Warriors head coach Steve Kerr to fans after the game.

Oracle Arena has been home to the Warriors since 1971.

"My fondest memory, without question, is Game 7 against Chicago in 1975," said Warriors legend Rick Barry, who was at Sunday night's game and reflected on the camaraderie of his Warriors team, which won the NBA championship in 1975. "My teammates carried the load and got the job done and that's why you win as a team. It's not one individual."

Stephen Curry's championship team showed off their Golden State spirit Sunday night, by showing up in throwback 'We Believe' jerseys, an homage to the 2006-07 team that pulled off one of the greatest upsets in NBA history against the Dallas Mavericks.

"This jersey represents a great era... celebrating in this building, in this city means a lot. Definitely wanted to take a moment to reflect and be proud of where we came from," said Curry in an interview after the game.

"It's bittersweet, it's sad," said Warriors fan, Johnetta Maduakolam, who was emotional saying goodbye to the East Bay Warriors home. "They've definitely earned a new stadium, but it's not going to be Oakland, so it's a little heartbreaking."

After the game on Sunday night, the Warriors unveiled a banner that says "Oakland, California 47 seasons." The banner will hang at Oracle Arena during the Warriors' playoff run, and then make its way to the Chase Center in San Francisco where the team will play next season.