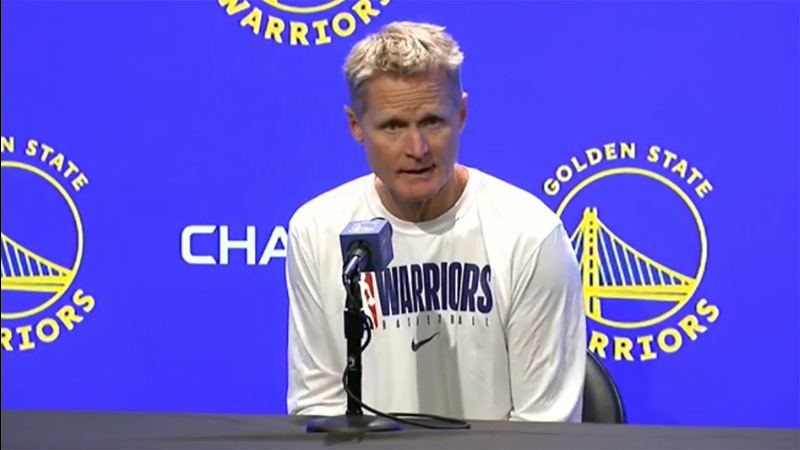 SAN FRANCISCO (KGO) -- The Golden State Warriors held their first Media Day since moving to the Chase Center on Monday.

He told the press new Warriors big man Willie Cauley-Stein will be sidelined for training camp with a left foot injury, while Klay Thompson is making progress from a July 2 surgery for a torn left anterior cruciate ligament in his left knee.

At Warriors media day, GM Bob Meyers said there won't be another update on Klay's ACL injury until the All-Star break in February.

Cauley-Stein strained his foot last week while scrimmaging, and is scheduled to be reevaluated in about a month with an update on his status expected at the end of October, Myers said.

"Other than that, we're healthy,'' Myers said at new Chase Center, where the Warriors will begin training camp Tuesday.

Golden State doesn't have its usual depth at center, but re-signed Kevon Looney to a three-year contract.

Get the latest hype on the Dubs here.