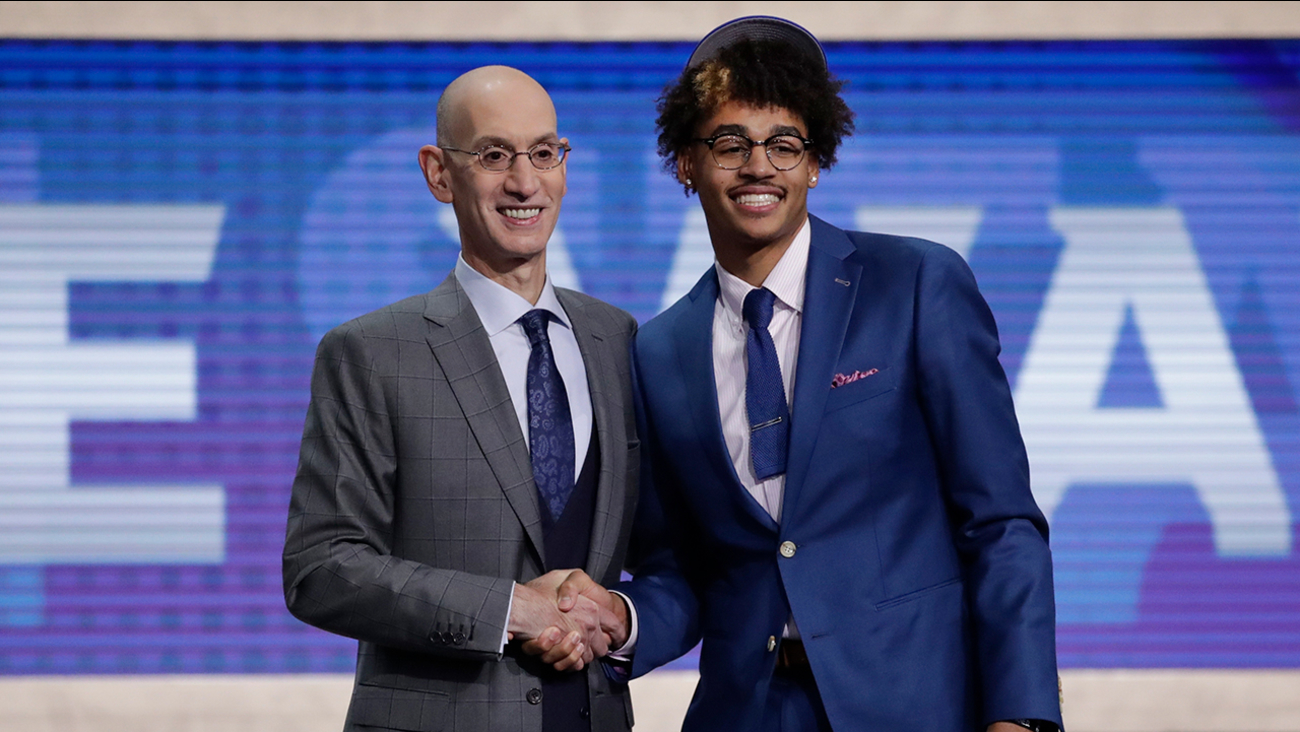 Oakland, Calif. -- The Warriors have chosen Michigan guard Jordan Poole with the 28th pick of the NBA draft, hoping the late first-rounder will make an immediate impact given Golden State's injury-plagued roster coming off an NBA Finals loss to the Toronto Raptors.

Poole averaged 12.8 points, 3.0 rebounds and 1.3 assists during his sophomore season for the Wolverines. Warriors general manager Bob Myers sought a scorer and reliable shooter. The 6-foot-5 Poole made five or more 3-pointers in five games and shot 37% from deep.

Golden State's roster is far from set after losing Kevin Durant and Klay Thompson to serious injuries in the last two finals games, and Durant is set to become a free agent with it unclear if he will re-sign with Golden State. In Game 5, Durant ruptured his right Achilles tendon and underwent surgery last Wednesday, then Thompson suffered a torn anterior cruciate ligament in his left knee in Game 6. He will have surgery and endure a long rehab.

The Warriors picked 28th for the second straight year.