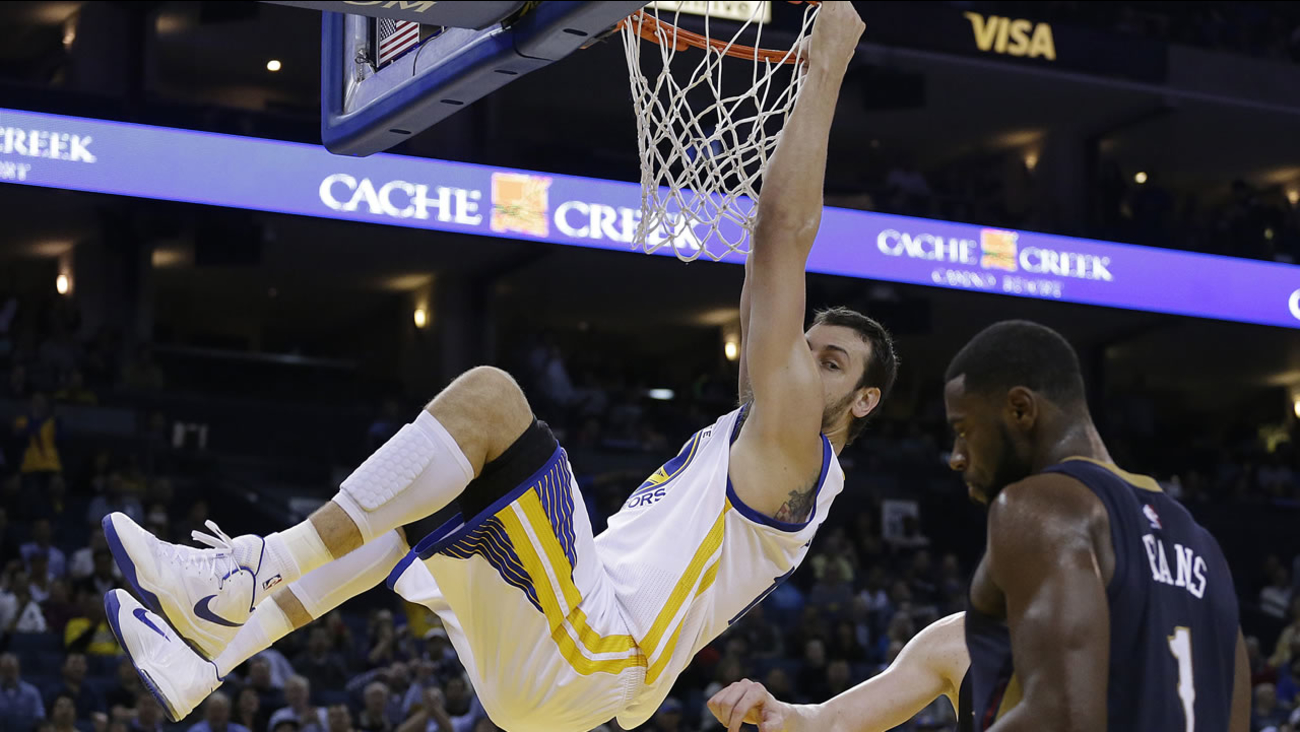 Golden State Warriors' Andrew Bogut hangs on the rim after scoring against the New Orleans Pelicans during the second half of an NBA basketball game Thursday, Dec. 4, 2014/ (AP Photo/Ben Margot)

Harrison Barnes added 17 points and 10 rebounds while Draymond Green had 14 points and 14 rebounds for Golden State, which improved to an NBA-best 16-2.

Golden State needed a late burst to hold off Orlando and keep the streak going earlier this week. The Warriors also got off a slow start against New Orleans before pulling away behind a 20-4 run in the second quarter for their eighth consecutive win over the Pelicans.

Anthony Davis had his 12th double-double for New Orleans with 30 points and 15 rebounds.

The Pelicans were coming off a 112-104 win against Oklahoma City on Tuesday and coach Monty Williams joked before the game against Golden State about holding Curry and Thompson scoreless.

Curry helped keep the Warriors close in the first quarter until Thompson - who missed seven of his first eight shots - got going. The duo combined for 12 of Golden State's final 16 points in the second quarter then teamed up for 10 more in the third when the Warriors led by as many as 22.