Warriors hoping to get back on track in game against Knicks 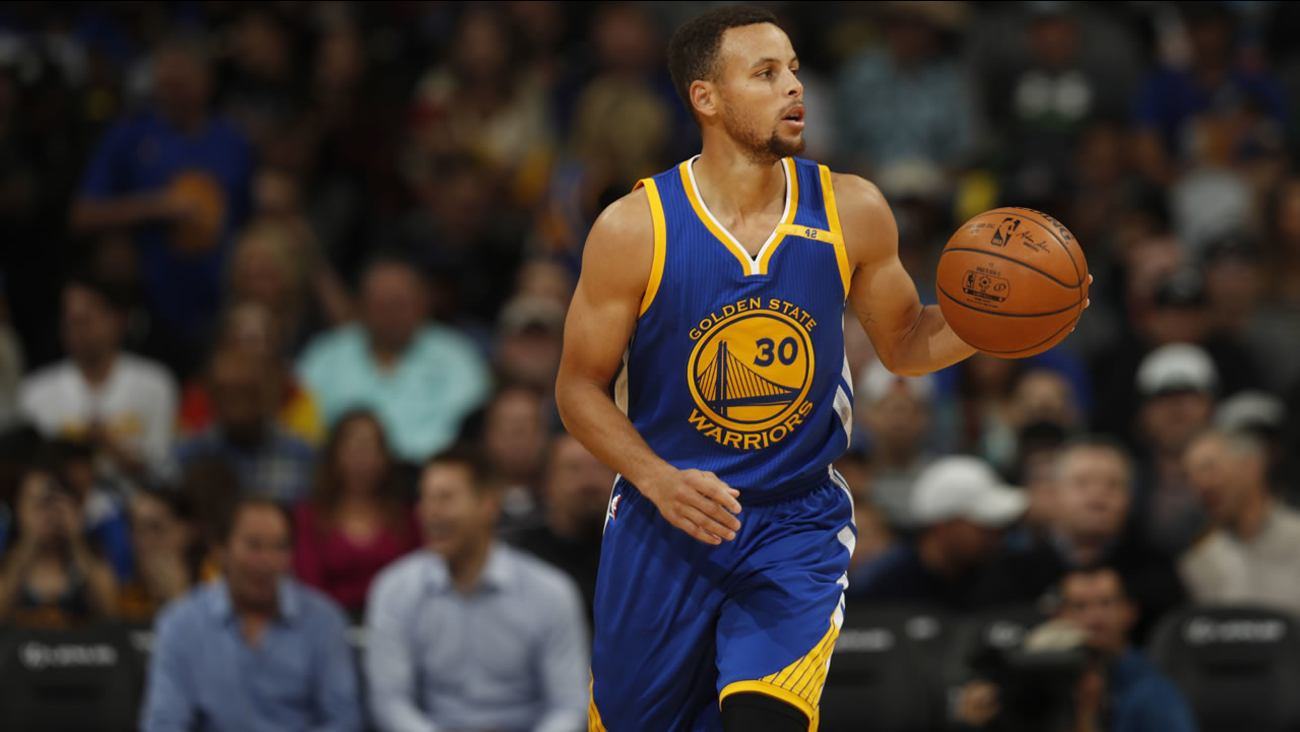 NEW YORK -- The Golden State Warriors are facing off against the New York Knicks this afternoon. Watch the game at 12:30 p.m. on ABC7.

With their NBA record of 146 straight regular season games without back-to-back losses snapped Thursday, the Warriors (50-11) are hoping to get back on track in today's game against the Knicks (25-37) at Madison Square Garden.

The 94-87 loss to the Chicago Bulls marked the first time the Warriors dropped consecutive games in the regular season since April 2015.

The Warriors will need better performances out of Steph Curry and Klay Thompson, who have been cold from long range in the first three contests of this five-game road trip. The "Splash Brothers" are shooting a combined 17 percent on their 3-pointers as Curry is 4 for 31 while Thompson is 7 for 33.

Golden State, which leads the Western Conference, managed a season low in points and field-goal percentage (38.6 percent) in the 94-87 loss to the Chicago Bulls on Thursday.

"You are not always going to shoot well," Warriors coach Steve Kerr said. "When that happens, the ball is gold. You have to value each possession. Our intensity and focus was not there."

Warriors forward Matt Barnes made his debut Thursday after signing with Golden State earlier in the day. He scored two points in 12 minutes. The 36-year-old Barnes was signed after Kevin Durant was lost with a sprained left MCL and bone bruise.

Barnes, who played for the Warriors from 2006-08, appeared in 54 games with Sacramento this season before being released.

"I love his competitive desire," Kerr said. "He's crazy in a good way."

The Knicks are 12th in the Eastern Conference, trailing the Detroit Pistons by five games for the eighth and final spot. New York is 2/3 since the All-Star break and after Sunday, it plays the next four games on the road as the Garden hosts the Big East tournament.

New York is coming off a 105-102 loss in Philadelphia on Friday in which they led going into the fourth quarter. Carmelo Anthony scored 18 points, but was 5 of 18 from the floor.

New York is one of the better rebounding clubs in the league, but it's also one of the poorer shooting teams. The Knicks are 21st in field goal percentage (44.7 percent) and 16th from beyond the arc (35.8).

Anthony is averaging 24.8 points, 6.6 rebounds and 3.2 assists in 32 games against Golden State. The Warriors are 8-2 against the Knicks over the last 10 meetings, including a 103-90 victory in December when Thompson scored 25 points.

Knicks reserve rookie center Willy Hernangomez is a pleasant surprise, averaging 6.8 points and 6.1 rebounds, but is expected to miss his third straight game with a sprained left ankle.