The stormy weather caused problems for drivers and had crews scrambling to keep up with downed trees and power lines. Live Doppler 7 shows the rain might be mostly done, but more is coming Sunday.

Downed lines were a problem all over the Bay Area since the storm first hit Thursday. PG&E reported more than 173,000 outages since then. Many have been restored.

On southbound Highway 280, at the Junipero Serra on-ramp, a flooded roadway caused a car to stall. Others slowly inched by in a foot of standing water.

Heavy rain and clogged drains are to blame for many flooded streets Saturday. The storm also made for dangerous driving conditions.

RELATED: Download the ABC7 News App to get your weather forecast and severe weather alerts on the go

But before the rain there was wind and the damage it brought. In San Mateo, a large tree fell on some cable lines at El Camino Real and Bellevue.


Expect strong #wind and #rain for Saturday evening around the #BayArea. @LisaArgenABC7 has your #forecast:https://t.co/8m42SrEzi2 pic.twitter.com/obUw00jGIs

In San Francisco's Castro District a large branch from a tree fell on to a car near Duboce Avenue across the street from Sutter Health. No one was hurt.

Strong winds brought down Muni lines in Pacific Heights. It blocked service along Sacramento Street during the repair work. No one was hurt by the fallen lines.

And on Treasure Island, the annual music festival, which goes on rain or shine, lost a lot of concert goers once the storm arrived. Festival organizers were forced to shut down access to the pier because of high wind.

In fact, medics rushed a woman to the hospital, after an ATM machine blew over and cut her leg.

NWS officials forecast as much as 0.82 inches of rain in Sonoma County and 0.65 inches in Santa Cruz County by 5 a.m. Sunday.

Coastal flooding will exacerbate erosion on the coasts, NWS officials said. The public is encouraged to avoid beaches, coastal rocks and jetties.

Wind and rain can create hazardous driving conditions. By 4 p.m. Friday, California Highway Patrol officers in Marin had received about 55 reports of traffic collisions, mostly due to the wet conditions, CHP officials said.

This is an I-280 onramp in Daly City. The rains have caused slick driving conditions and some flooding from runoff. pic.twitter.com/bkm3bMdtyA 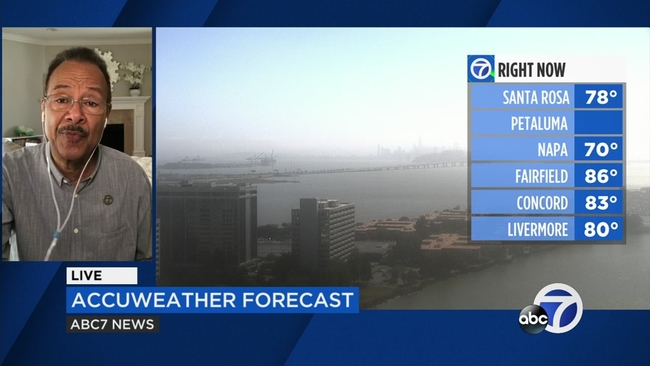 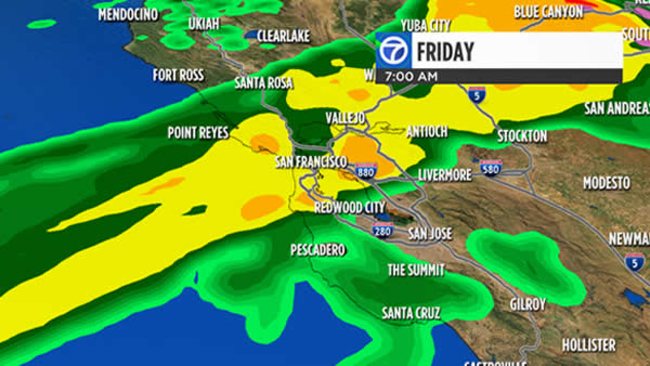