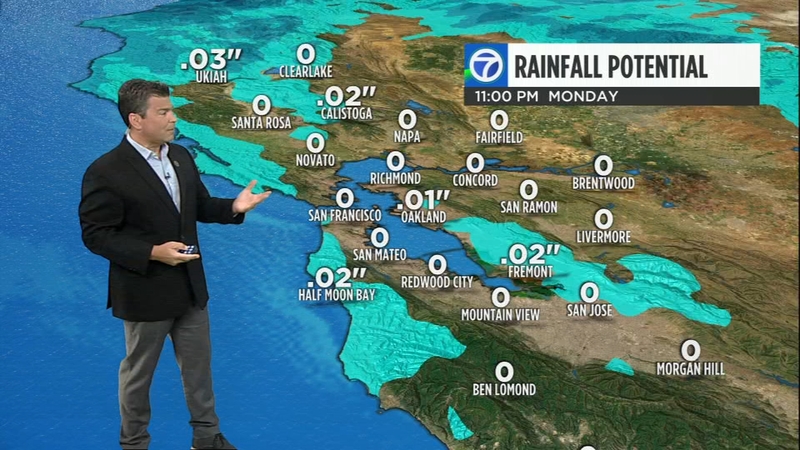 A weakening cold front brings scattered light showers to the North Bay and Coast this afternoon. Unfortunately, the front weakens and loses moisture as it passes south of San Francisco, Oakland and Concord. The chance of measurable rain south of these cities is almost zero. Highs settle below average in the 60s and 70s.

A warming trend begins Wednesday as temperatures return to average levels. But they don't remain in place long. Above average highs with mostly sunny conditions begin Thursday and continue through Sunday.