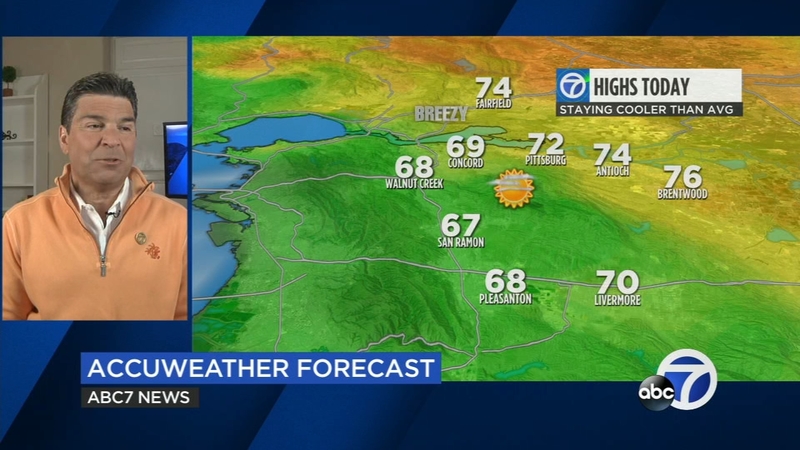 Cloud cover blankets us this morning with measurable drizzle near the Coast and in our Hills. This and temperatures in the upper 40s to middle 50s continue through the entire morning commute.

Low clouds never completely leave the Bay as they slowly try to retreat to the Coast late this morning. Passing high clouds also join our sky this afternoon. Below average highs develop, middle 50s at the Coast the middle 70s Inland.

Tuesday and Beyond:
Slightly warmer afternoon conditions develop tomorrow. But, it's an anomaly. As cooler than average afternoon return Wednesday and linger through Friday.

The weekend warms a bit, back to average.

SHARE YOUR PHOTOS: We love seeing photos and videos from where you live! Share yours by posting with #abc7now. You must have taken the image/video or otherwise own all rights to it and agree that KGO-TV and its licensees can use, edit and distribute it without restriction in all media. Full terms: abc7news.com/share
Report a correction or typo
Related topics:
weathercaliforniabay areaaccuweatherforecast
Copyright © 2021 KGO-TV. All Rights Reserved.
RELATED