Astronomical events in 2017 you don't want to miss 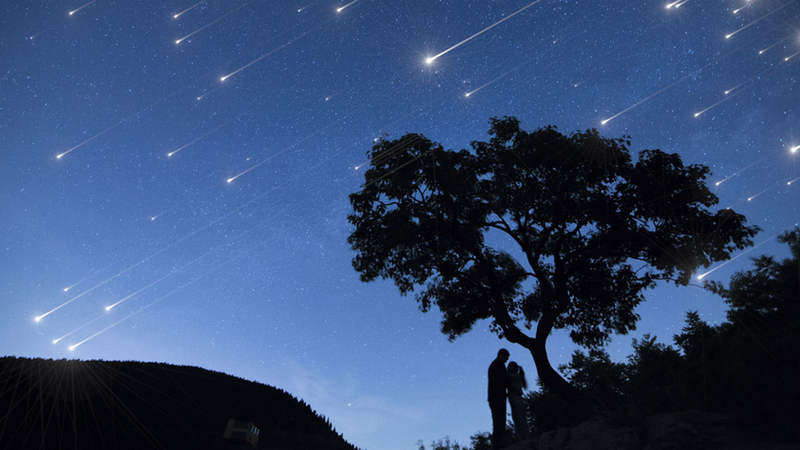 Astronomical events in 2017 you don't want to miss

From solar eclipses to meteor showers and the planets making shapes in the night sky, there's plenty for stargazers to look forward to in 2017.

The next major event is overnight on Friday, when you'll have the chance to spot an eclipse, full moon and comet all in one night.

Expect a celestial show with triple the treats on Friday night: a full moon, an eclipse, and a comet.

The fun will start around 5:32 p.m. ET, when the eclipse begins. The moon won't be totally covered like a full eclipse, but you should be able to see it, according to the Associated Press.

The eclipse will last about four hours, and a full moon will tide star-gazers over until the comet passes by in the morning.

Comet 45P/Honda-Mrkos-Pajdusakova will be heading back to our outer solar system after rounding the sun in December. Early Saturday morning, it will reach its closest point (approx. 7.7 million miles, according to National Geographic). Earthlings will be able to catch a glimpse of the tiny fuzzball of ice around dawn.

A total solar eclipse happens when the sun, moon and Earth form a straight line, explain scientists from San Francisco's Exploratorium. During an annular eclipse, the moon does not fully cover the sun because it is too far away, Earth Sky explains. This creates a "ring of fire."

Sky-watchers in the Southern Hemisphere might be able to witness this event in person, when the moon will block out most sunlight for a few minutes.

Mercury, Mars and the moon will form a triangle, March 29.

After sunset, National Geographic reports that in the western sky, we should be able to watch our crescent moon form a triangle with both Mercury and Mars. Mercury is especially hard to spot during most of year. Because of its close proximity to the sun, it typically gets lost in the glare. Near the end of March, however, Mercury will reach its most distant point from the sun. It will appear to bottom right of the moon while Mars appears to the top right.

The moon will meet Jupiter, April 10.

The largest planet in our solar system will appear adjacent to the moon just after sunset. National Geographic reports that Jupiter should be "brighter than normal" because the planet will have reached its opposition, its biggest and brightest point in our sky, just three weeks earlier.

2017 will be a special year for the contiguous United States, which will see its first total solar eclipse since 1979, according to Earth Sky. The eclipse will occur directly over the country during daylight hours, and depending on weather should be highly visible from coast to coast.

Don't miss this one! If you do, you'll have to wait until 2024 for the next solar eclipse over North America.

Jupiter will return in yet another incredible event as it will line up in the sky perfectly parallel and tightly close to Venus. Venus, being much closer to us, will appear much brighter. Look low on the eastern horizon during twilight to spot this event, according to National Geographic.

During the Leonids, Earth passes through a stream of debris left by the comet Tempel-Tuttle, according to Basic Astronomy. In 1966, the Leonids produced as much as a few thousand meteors per hour, though that has slowed to a much weaker rate of about 10-15 per hour.