KGO
By Amy Hollyfield
COTATI, Calif. (KGO) -- A Flash Flood Warning has been issued for Sonoma and Marin Counties, with several streams and creeks rising over banks and flooded areas occurring. The warning is in effect from 1 p.m. until 5 p.m.

The North Bay is bearing the brunt of a big storm first in the Bay Area on Thursday.

Closures have been issued in the following locations:
-Northbound US-101 off ramp to State Route 1/ Shoreline Highway
-State Route 1 just South of Tomales

Flooding has been reported on State Route 37 at Novato Creek as well as at the intersection of State Route 121.

A field in Cotati has lots of standing water and there's wind in the area. The rain has been relentless and problems started early.
RELATED: Track the rain on Live Doppler 7

The CHP in Sonoma County said they have worked 16 crashes since 6 a.m. They usually handle that many in a full day.

Drivers said they haven't been impressed with the behavior they have seen this morning. "They're fully flooded and people are just coming through. It's been pretty bad today and I still have to drive to Napa. People are still driving 65 and they shouldn't be. It's pretty bad, you just have to be cautious," Santa Rosa resident Amanda Reuser said.

Standing water is also a problem. On Green Valley Road, west of Sebastopol, cars did turn around to err on the side of caution. Other trucks took a risk and got through it.

It is expected that there will be more reports of flooded intersections and power lines coming down as the day wears on and the water rises.

The CHP said Thursday morning in Sonoma County, they worked four crashes and expect more to come in. 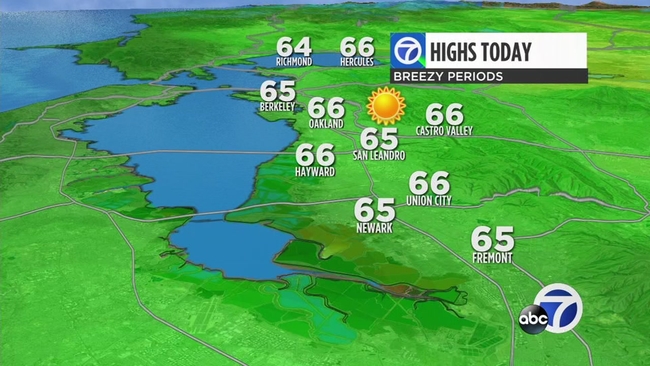