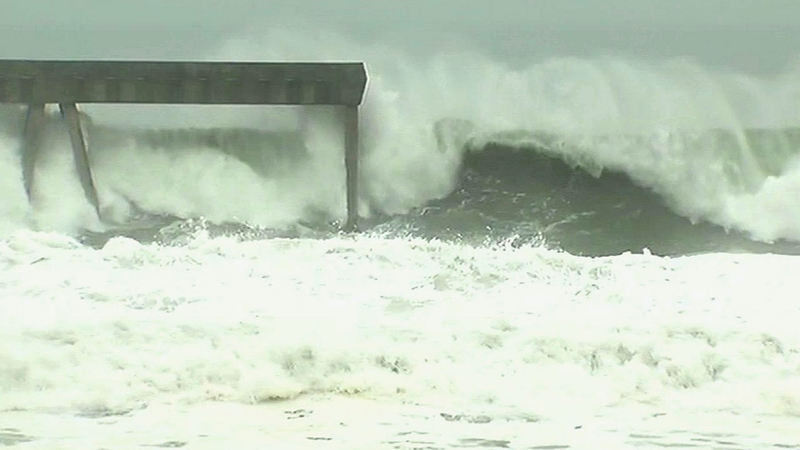 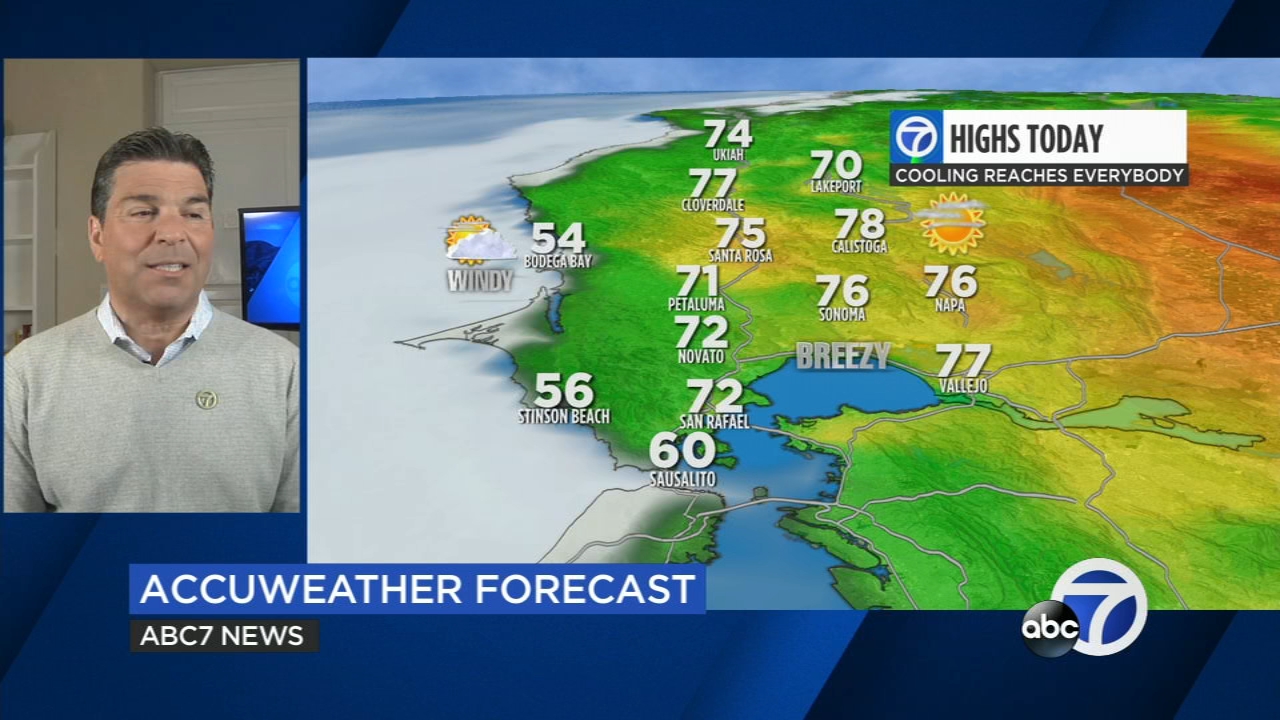 AccuWeather forecast: Breezy and coolest today and tomorrow
Tonight will be partly cloudy and breezy -- windy near the coast with patchy drizzle -- and overnight lows will be mainly in the mid 40s.

Some residents who know San Francisco's Ocean Beach said this is not normal.

Shororck lives down the street and knows well what's out of the ordinary. "It's messy, the waves are all kind of running into each other. It's a bit of a cacophony out there in terms of the waves, but it's still gorgeous out here, it's beautiful and it's warm right now. I'm actually kind of hot in my t-shirt and jacket," she said.

According to the U.S. Coast Guard, Monday was a good time to look, but not venture too far in all along the northern and central California coast thanks to high swells not far offshore. "Most of the things that are happening offshore are about 17-foot swells, so that gets to be pretty dangerous if you're in a small craft. But being on or near the water is not that bad, especially if you're watching the weather and you see things start to kick up. Just go back inside or get out of the water and be safe," US Coast Guard Steven Dross said.

Officials are warning the public to be careful because near jetties, inlets and piers as strong rip currents are more frequent in those areas.

With the storm coming our way, officials are handing out sandbags to Alameda residents to help protect their home and other property. The Public Works Department is providing five sandbags to anyone who can provide proof of residency. They will be available Tuesday through Thursday from 11 a.m. to 1 p.m. on Lexington Street off W Tower Avenue near the former Naval Air Station in Alameda.

In Lake County, the impending wet weather has shut down the campground where many displaced fire victims have been living.

However, the campground owner is worried a creek there could flood during El Nino storms, putting fire victims in danger, so he's shutting it down for the winter.

When you get unusual weather where you live, tag your photos and videos on Twitter, Instagram, or Facebook with #abc7now
Related topics:
weathersan rafaelsan franciscooaklandalamedapacificaocean beachstormrainstorm damagesevere weather
Copyright © 2021 KGO-TV. All Rights Reserved.
RELATED