The city is asking people to cut back on their water use by 30 percent for an entire week. The water district discovered the break Monday morning and they have no estimate of how long it will take to fix.

The storm delivered a double whammy to the Santa Cruz water supply. It churned up the San Lorenzo River so much so that it's untreatable. The storm is also being blamed for busting the backup plan.

"When these kind of conditions exist we usually go on Loch Lomond and we've lost the connection between our lake and treatment plant,' said Water Director Rosemary Menard. "We're about 30 percent down in what we can produce."

The city is calling it a short term, serious water shortage. Officials are asking people to cut back on discretionary water use like running the dishwasher or doing laundry. Conservative minded locals like Janet Fine don't have a problem with doing so. "I'll try and do dishes with less water," she said. "I don't use a lot of water anyway."

"I do plan to cut my use by 30 percent because I have never stopped using my buckets in the shower anyway," said Santa Cruz resident Lynda Watson.

The water district discovered the break after an hours long leak of 1,500 gallons a minute.

The leak went undetected because it's not on a major road, but at the height of the storm there were 33 roads closed in Santa Cruz County and there's more rain on the way.

Pipeline damaged in storm causing serious, short term #water shortage in #SantaCruz. Residents asked to cut back on water use for a week. pic.twitter.com/JEuuyY5S8s

"We expect to see more slides and maybe slip outs that will occur over the next week or so," said Director of Public Works John Presleigh.

The Santa Cruz Department of Public Works will ask the board of supervisors to declare a state of emergency Tuesday. 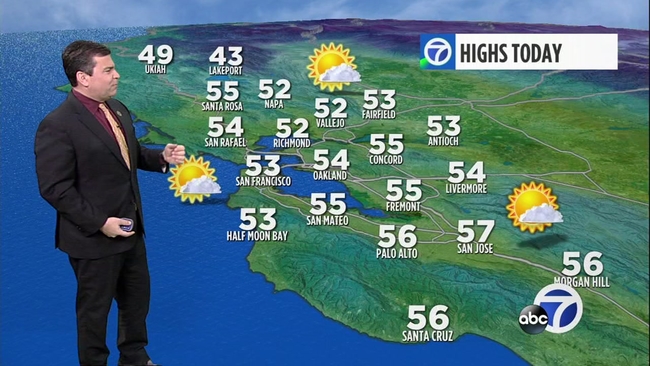