Why this Oregon lake vanishes every year, and then reappears 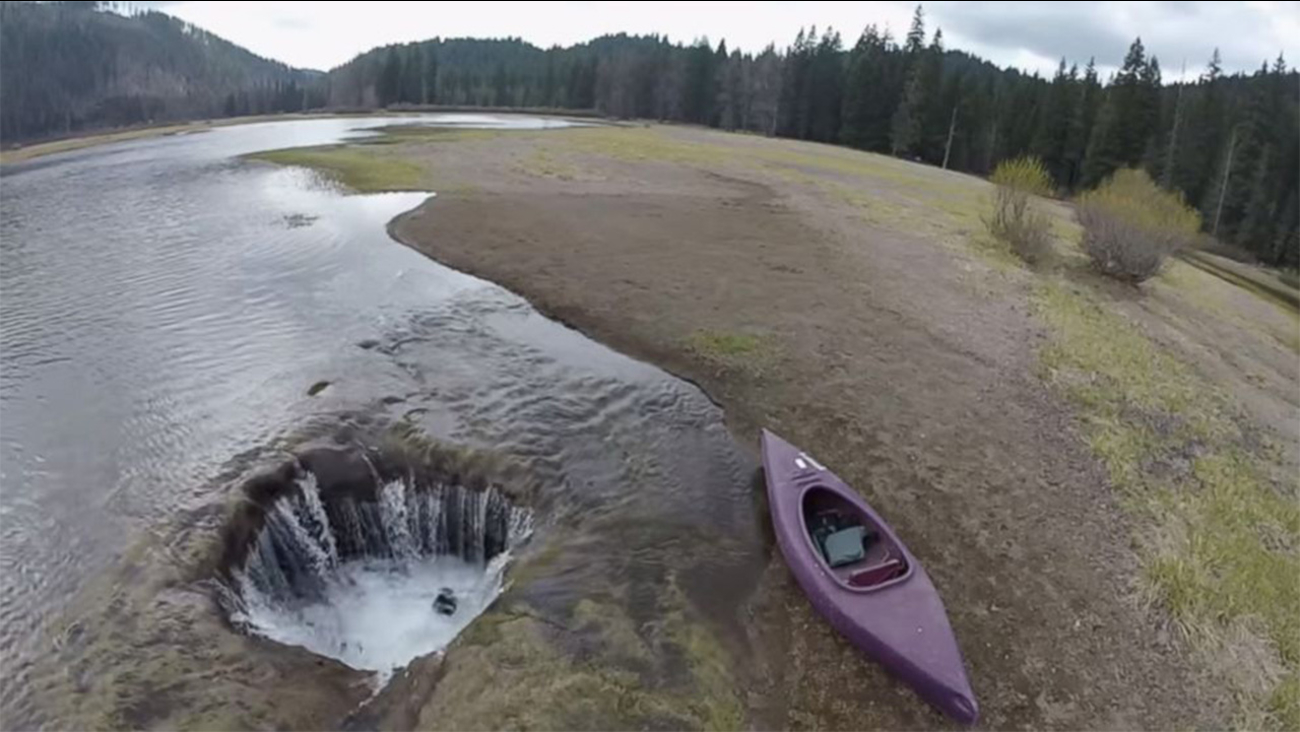 A still image from a YouTube video from the Bend Bulletin shows Lost Lake as it drains through a lava tube, in Hood County, Oregon. (Bend Bulletin/YouTube via ABC News)

A mysterious phenomenon of a disappearing-reappearing lake has a geological explanation that can put restless mind at ease. Watch the video below of the lake getting sucked back into the earth.

The Lost Lake in Hood County, Oreg. has been known to fill up every winter and then disappear through a 6-feet-wide hole on the shore as the seasons changes for as long as people can remember, reports ABC News. The hole, as it turns out, is an old lava tube.

Lava tubes are tunnel-like structures created to drain lava from a volcano during an eruption. After the lava flow stops, the underground conduits harden, leaving behind a long, cave-like system with an opening to the surface. Such tubes are abundant in this part of Oregon.

"In Lost Lake, this particular lava tube collapsed and became the drain hole for that lake," Jude McHugh, a spokesperson for the Willamette National Forest, told ABC News.

The lake is likely to be constantly draining, she said, but that is most evident in the drier months when the rate of draining exceeds the input from precipitation, turning the lake into a meadow.

McHugh said it wasn't clear where exactly the water goes after traveling through the lava tube, but she said since volcanic rock is porous, it likely seeps into the subsurface, adding to an aquifer that feeds into springs on both sides of a nearby mountain range.

"Eventually that same water pops up out and I'm having it in my morning coffee right now," she told ABC News.