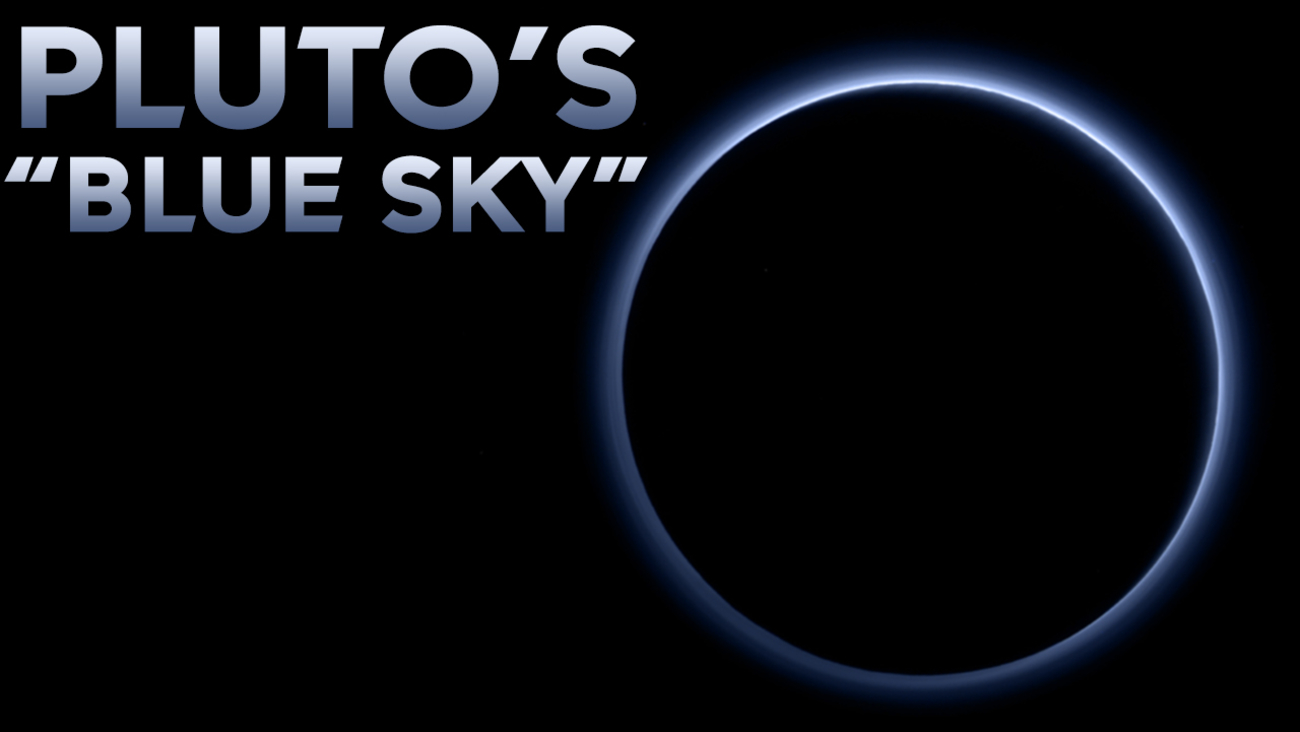 NASA explains Pluto's newly discovered "blue sky" and whether or not potential astronauts could ever witness an Earth-like sunrise.

The New Horizons space probe sent back its first color images of Pluto's atmosphere in October of last year, revealing a blue haze surrounding the planet, as well as small regions of water ice.

"The haze particles are probably grey and red," Amy Shira Teitel of the New Horizons team explained, "but they are very good at scattering blue light."

"These tholins form when ultraviolet sunlight breaks apart and ionizes the methane and nitrogen that makes up Pluto's atmosphere," Teitel explained. The tholins react with one another to form macromolecules that clump together, and fall to the surface as "reddish gunk."

So if humans land on Pluto, will they see a blue sky?

"Not exactly," explains Teitel. "But the sky near the sun when it's either rising or setting would look blue to astronauts on Pluto's surface."
Related topics:
weatherdistractionamazing videonasabuzzworthywatercoolerspacenew horizons
Copyright © 2021 KGO-TV. All Rights Reserved.
More Videos
From CNN Newsource affiliates
TOP STORIES