KGO
By by Katie Marzullo
SANTA CRUZ, Calif. (KGO) -- Many fire stations in the North Bay have sandbag stations set up to prepare for the series of storms that are expected to hit the Bay Area through the weekend.

A fire chief ABC7 News spoke with said he recommends them for anyone who's home has flooded in the past.

Al and Anna Myers have a flood concern closer to home. "Foss Creek gets really full and our neighborhood doesn't process water well, so our front yard will turn into a lake, our backyard into a lake," Anna said.

Their backyard is under construction. "Now we've got the foundation in there, but it's a swimming pool, you can't do anything else to it right now. So, we've sandbagged off the back of the main house," Al said.

ABC7 News caught up with the Myers at the Safeway on Vine Street. During a big storm in 2014, the store's parking lot filled with water deep enough for kayaking.

The fire chief of the Novato Fire Protection District remembers 2014 as well. He said this next storm could be similar."Our crews will often be called when flooding enters a residence or to prevent it from entering the residence, earth movements that block roads or slide into the back of homes and then we also deal with a lot of trees that fall," Novato Fire Protection District Chief Mark Heine said.

Heine is urging people to be prepared, especially for power outages. "Do not use candles, we often have problems with candles during outages," he said.

The Army Corps of engineers got ahead of the rain releasing water from a bulging Sonoma lake. "When there's a threat of flooding downstream, we pretty much shut it down," Carlos Hernandez said.

Guerneville would be in harm's way. 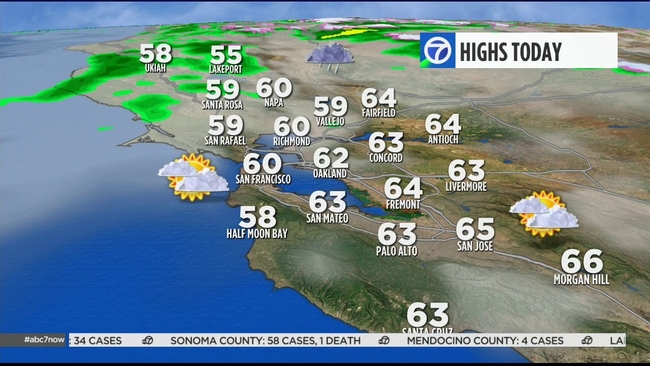 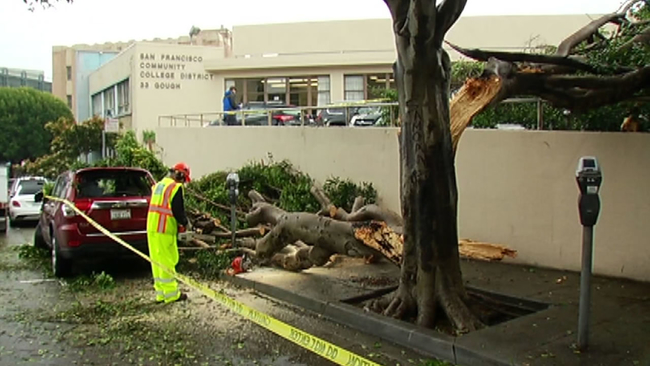