KGO
By by Elissa Harrington and Amy Hollyfield
The biggest storm in nearly two months is hitting the Bay Area. The system has triggered wind advisories, power outages and several accidents.

Here's another reminder of why you need to slow down on the roads during the rain. The driver of a big rig was going about 50 miles per hour on Northbound 680 in Fremont when he jackknifed and blocked lanes just north of Mission Boulevard for three hours.

"It was the wet weather that really was the factor. First rain in awhile, that oil comes up on the roadway and makes it really slick. When the roadway is slick you really need to slow down and he was going a little too fast and lost control," said CHP spokesperson Officer Derek Reed.

The driver was OK and no other cars were involved. He was not the only one who struggled in these wet conditions.

"It's been a really busy morning first rain in awhile like I said. The slick roadway, we've had over 100 active incidents at one time this morning throughout the Golden Gate division, which is 13 offices," said CHP Officer Reed.

Some drivers tell us as soon as they see rain, they feel dread as they climb into their cars.

"I hate having to just sit in traffic. Everybody just needs to slow down a little bit," said Oakland resident Rick Russelle. 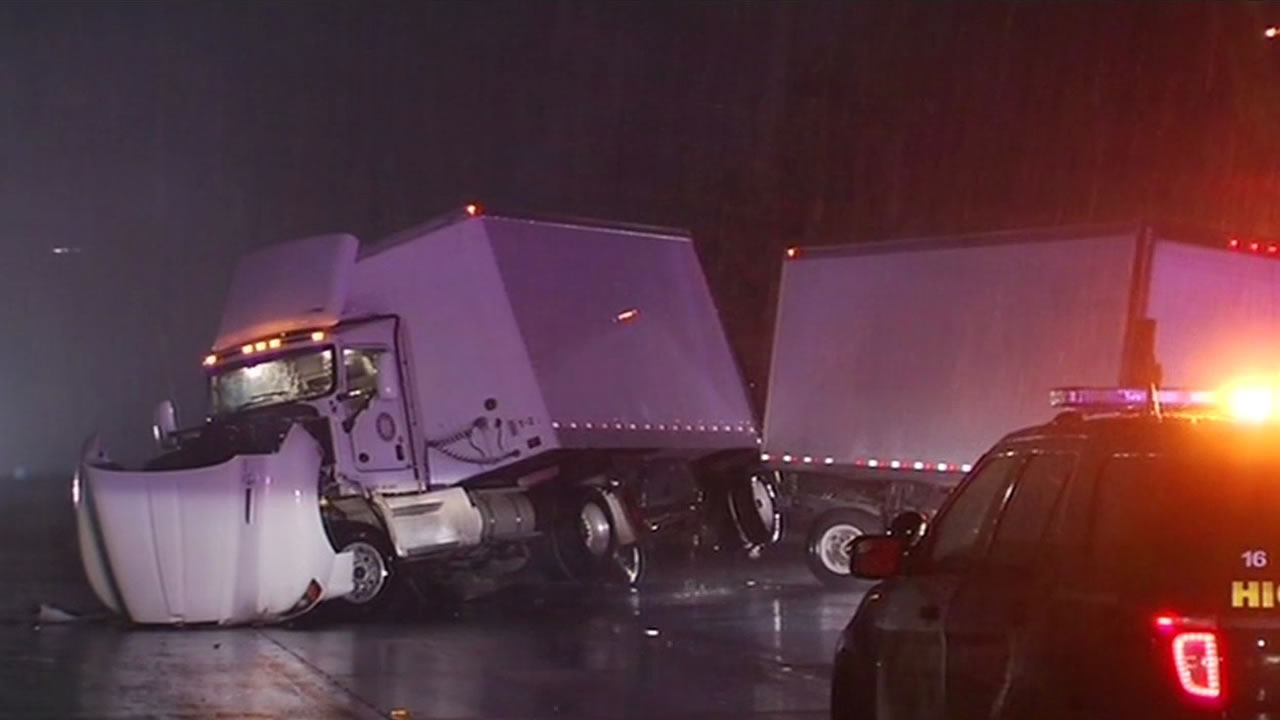 Rain related accidents
The biggest rain system in nearly two months is hitting the Bay Area. The system has triggered many traffic accidents on the roads.

Some commuters altered their day because of the rain.

"I actually delayed my trip because of the rain and the traffic and everything, so this is a later start for me," said Richmond resident Stan Wong.

"I avoided that area. I saw it in the morning said I'm not going that way. No more!" said Livermore resident Antonio Montuy.

Commuters say they do appreciate the rain. They just wish it would have better timing.

"It's about time. We needed it so it's a good thing," said Russelle.

Rain began falling in the North Bay last night and it's been steady all night. In Penngrove, tree debris got tangled in power lines at Railroad Avenue and Redwood Highway, about a thousand customers lost power. According to PG&E, there are only about a hundred customers without power right now in the North Bay. 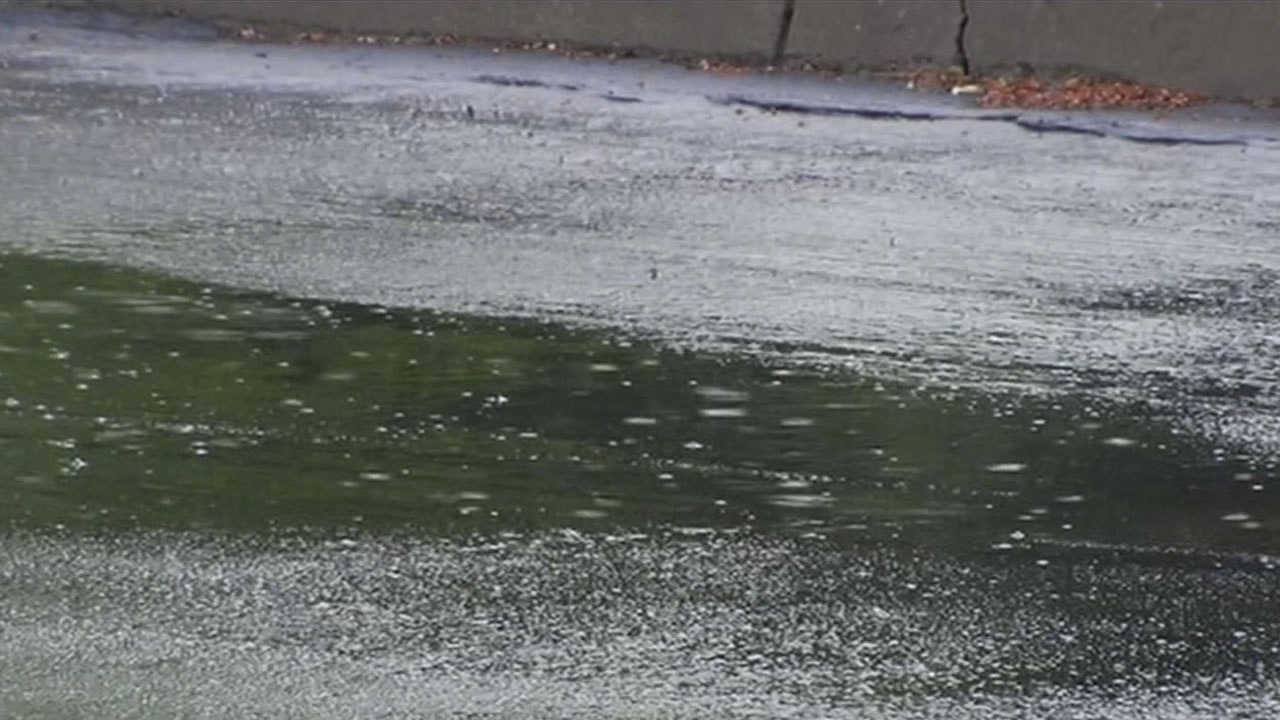 In Santa Cruz County, crews cleaned up from a fiery crash on Highway 17 at the Summit. The driver is ok and lanes were reopened overnight.

Thunderstorms are possible Tuesday afternoon and evening in the Bay Area. The thunderstorms may produce small hail no larger than one inch in diameter.

Usually on a rainy day you see people hiding out inside, but that was not the case along Main Street and Santa Cruz Avenue in downtown Los Gatos.

Many people are out enjoying the spring rain that we desperately need.
They are happy to get some relief from the drought.

"I'm glad that it's raining. I'm really glad that it's snowing in the mountains where we need water up there so it runs down all year long," said Novato resident Emilio Rojas.

"We need this so bad. And I'm from back East so I listen to all my relatives talk about rain and snow. And I always say, well it's sunny and 70 something here," said Los Gatos resident Doug Laird.

Karen Deloumi says it has been months since she's had to break out her rain gear. The drought has her cutting back on gardening.

"There's things I'm not replacing in the garden. I'm not planting any vegetables this year," said Deloumi

Max the dog is embracing the change in weather. So is his owner, Doug, who hopes this is just the beginning of more rain coming our way.

National Weather Service forecasters in Sacramento said they expect about a half an inch of rain in the area around the Carquinez Strait and the Sacramento-San Joaquin Delta, including Fairfield and Vacaville.

It was very windy earlier Tuesday. Wind advisories were in effect during the morning for the Bay Bridge, the San Mateo Bridge, the Richmond-San Rafael Bridge and the Dumbarton Bridge.

Showers may linger into Wednesday.

We want to remind you that it's easy to track the storm on Live Doppler 7 HD anytime! Click here to download the ABC7 Weather App for free on Apple's App Store or Google Play. 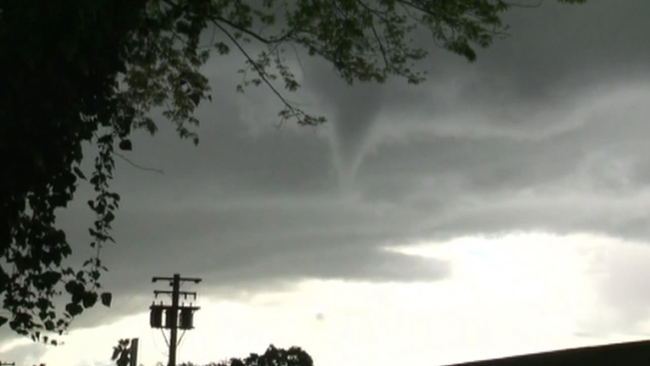 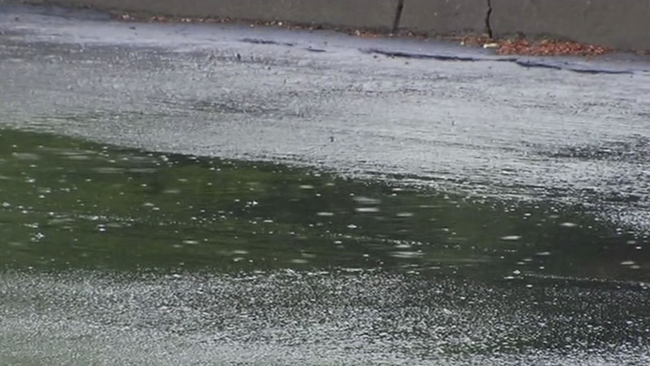 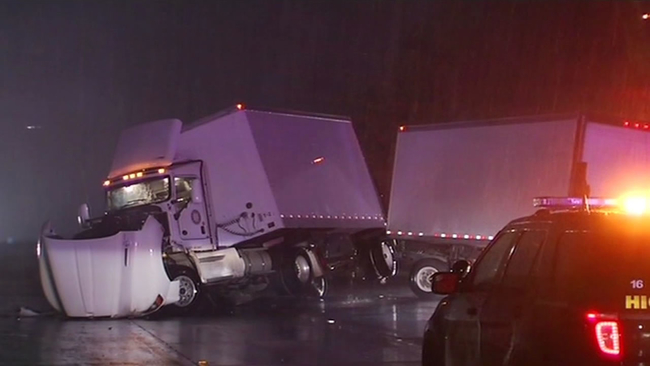 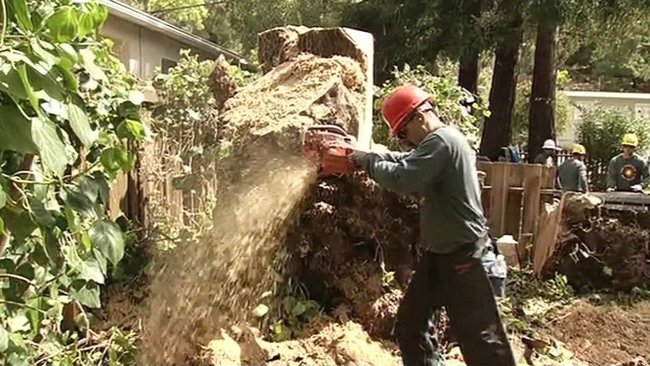