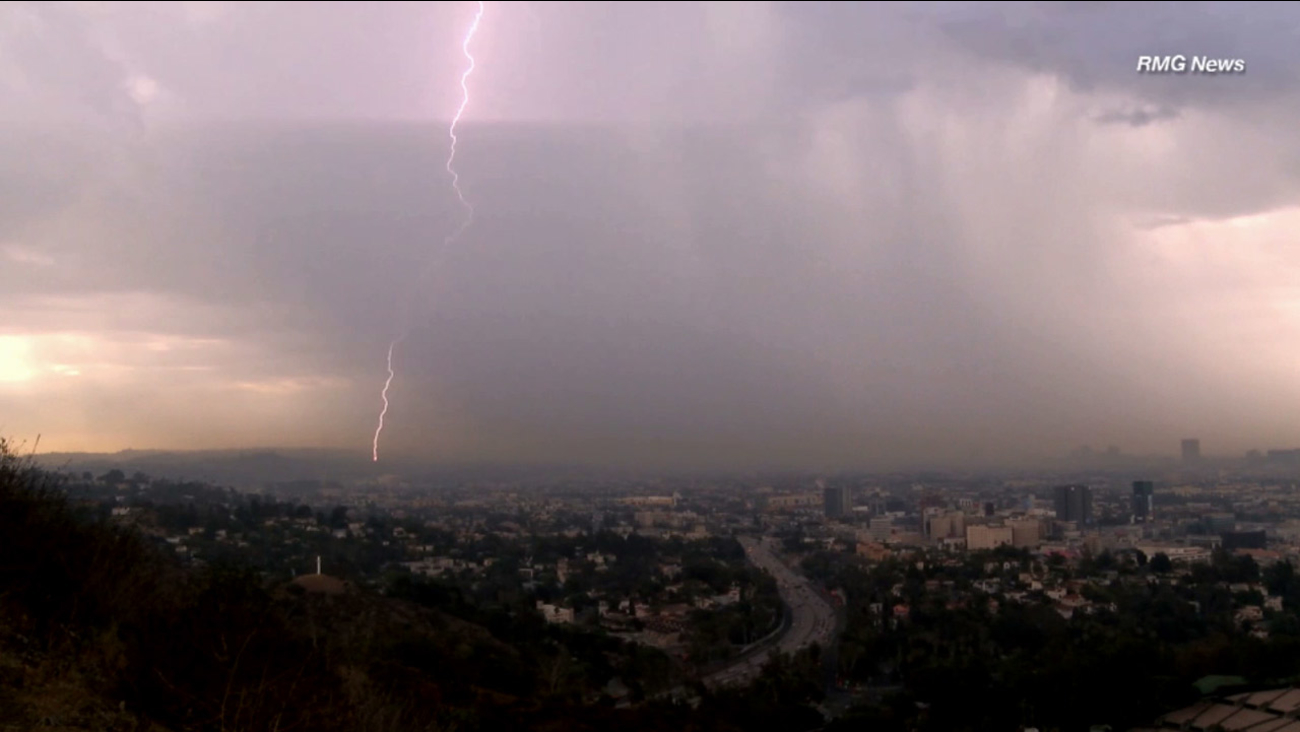 A lightning strike over Los Angeles is caught in a photo on Saturday, July 18, 2015. (KABC)

LOS ANGELES -- Thousands of people across Los Angeles County were left without power after severe thunderstorms and lightning rolled through the area Saturday.

About 2,000 people were affected in Lincoln Heights, 3,000 in Vermont-Slauson, 2,400 in South Los Angeles and 1,700 in the Westlake District, according to the Los Angeles Department of Water and Power.

Crews are working to restore the power in the affected areas, but it could take several hours.

An Alaska Airlines plane carrying 159 passengers made a safe emergency landing in Los Angeles after it was struck by lightning.