KGO
By David Louie
LOS GATOS, Calif. (KGO) -- Stanford scientists say it's a one-two punch that determines if our reservoirs fill up. Low rainfall and high temperatures create knockout droughts and that combination will be happening more often.

Mother Nature can tease us with an occasional shower but California should expect drought producing conditions with more frequent regularity.

"That the kinds of conditions that we're experiencing in California -- low precipitation combined with high temperatures -- are already more common and are likely to become more common in the future," Stanford climate scientist Dr. Noah Diffenbaugh said.

Diffenbaugh and a team of researchers say it's no longer valid to forecast drought based on over 100 years of historical weather data.

Patterns over the past 20 years are more relevant.

It's warm temperatures, such as the record-setting highs in February, that melt snow earlier in the Sierra.

When you couple that with soil made dry by the lack of rainfall, that impacts runoff into rivers and reservoirs.

The implication is that drought conservation measures will be part of our ongoing existence.

"I could be more conscientious, but I'm just not really thinking about it yet. But yeah, there's a lot we can all do, I think," San Jose resident Katie Diaz said.

Some scientists disagree with the research, pointing at what's been dubbed a Ridiculously Resilient Ridge of high pressure for blocking storms from reaching California.

More frequent droughts could mean more emphasis on getting people to replace lawns with water-saving landscaping, installing gray water systems that take laundry rinse water and divert it to yard use, or even drinking treated waste water. 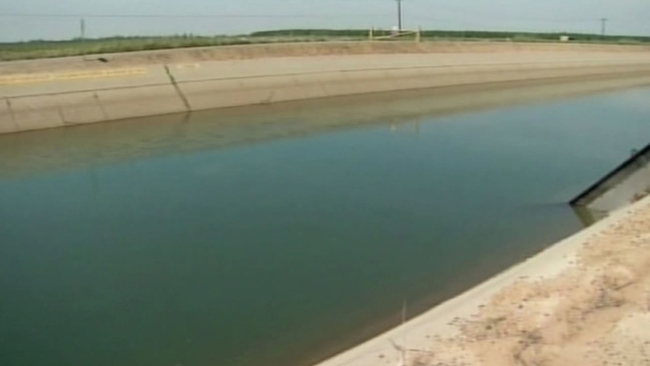 Cause of California drought linked to climate change
DROUGHT