Bay Area storm timeline: How will the incoming rain impact you?

"I want to give you the latest details," said ABC7 News meteorologist Mike Nicco..

Nicco's AccuWeather forecast shows the Bay Area will get hit with a 1 on the Storm Impact Scale on Wednesday, followed by more rain on Thursday.

"As it comes in tonight, expect several hours of light to moderate steady rain, even some embedded downpours, which means there will be some standing water during Thursday's morning commute," said Nicco.

Who will get wet first?

Nicco says "during the afternoon hours, along the coast, we could have some drizzle to some steady light rain, especially in the coastal mountains and even some scattered showers in northern Sonoma, Lake and Mendocino counties."

The North Bay will get soaked around 11 p.m., according to Nicco.

The storm will then quickly move across the South Bay, tapering on Thursday around 5 a.m., explained Nicco. "Leaving us with some leftover showers during the morning commute and some sunshine breaking out in the clouds."

Nicco says his biggest concern on the road will be Thursday's morning commute.

"The earlier you head out, the more likely you are going to run into some standing water," said Nicco.

Make sure you give yourself some extra time and slow down.

"The rainfall amounts are going to be pretty impressive for how short the rain is going to be in its duration, anywhere from a quarter to a half an inch to even double that in the North Bay."

SHARE YOUR PHOTOS: We love seeing photos and videos from where you live! Share yours by posting with #abc7now. You must have taken the image/video or otherwise own all rights to it and agree that KGO-TV and its licensees can use, edit and distribute it without restriction in all media. Full terms: abc7news.com/share
Report a correction or typo
Related topics:
weathersan franciscosan joseoaklandburlingamelivermorevallejosanta rosamarinsan brunobay areastormrainwinter weatherforecastaccuweathercalifornia
Copyright © 2021 KGO-TV. All Rights Reserved.
STORM 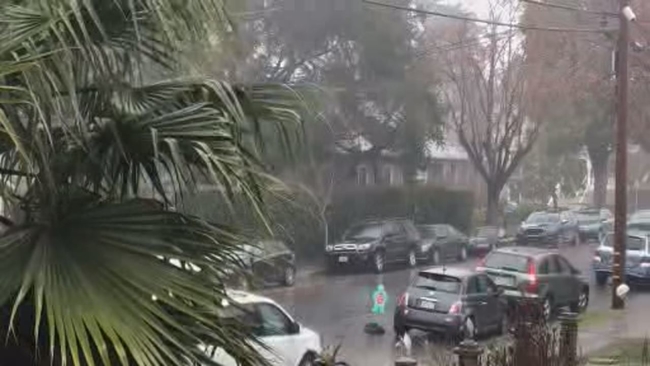 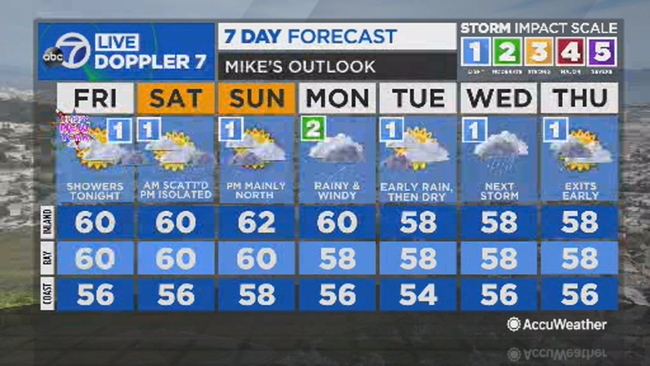