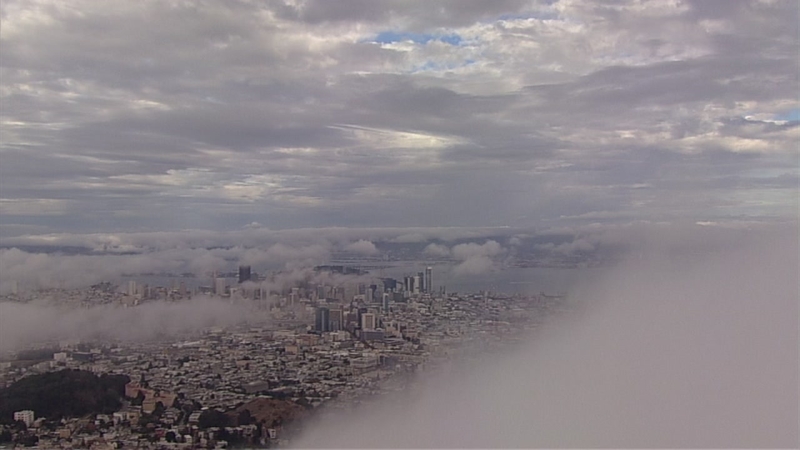 While clouds are dropping rainfall on the Bay Area, a study is raising new questions about what they might do in the future.

If you're trying to document the effects of climate change, you'd definitely track rising temperatures and probably measure melting glaciers. But scientists say a critical clue is floating right over our heads.

Stephen Klein is a climate researcher at the Lawrence Livermore Lab -- which teamed with the Scripps Institute of Oceanography and two other universities to crunch more than 25 years' worth of satellite data on clouds.

"So the clouds are changing in a way that models have predicted," said Klein.

They say the study confirms that certain layers of the earth's clouds are migrating in opposite directions -- towards the North and South Poles -- leaving a new, thinning gap in the middle -- including parts of California.

"So the subtropics, that is regions like in Mexico or Southern California are getting less cloudy," said Klein.

"And that's what this study has detected for the first time, this expansion or migration," said David Romps, Ph.D., University of California.

David Romps and his team at the University of California are working on new ways to measure clouds. While they did not participate in this study, they say the data is critical to understanding how our weather might change over decades or even centuries.

"We know in the past the clouds and particularly rain clouds have shifted over time, leading some parts of the globe to get significant rainfall in the past that they don't get today or vice versa," said Romps.

They believe the migration is being driven in part by human activity. And they say understanding it is critical. That's because of the complicated role clouds play in regulating the earth's temperature, as well as rainfall.

"And how they change as the planet warms is a wild card for climate warming, because how much the planet will warm depends on what those clouds are going to do," said Klein.

The research was funded by several agencies including NASA.